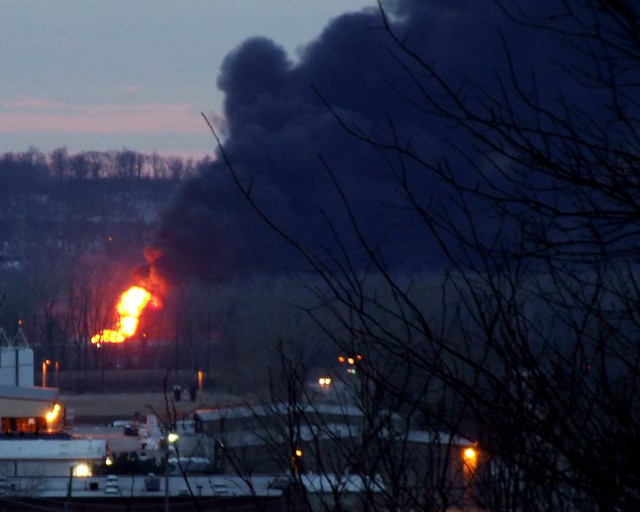 As Senators, you and Joe Biden were leaders in highlighting the threat of America’s hazardous chemical plants – and in calling for solutions that included moving these facilities to inherently safer technologies. In 2006, you bluntly stated “these plants are stationary weapons of mass destruction spread all across the country.”

Unfortunately, three years after the West, Texas, ammonium nitrate explosion, after you spoke at a memorial service for the 15 deceased individuals, and after you issued an executive order demanding action, your EPA has released a proposed rule that does too little to require a shift to safer technologies.

That is outrageous, given the risk of more catastrophes by negligent accident, natural disaster, sabotage, or terrorism. Since the West, Texas tragedy, which federal investigators recently determined was deliberately set, there have been more than 430 chemical incidents and 82 deaths. The EPA has identified 466 U.S. chemical facilities that each put 100,000 or more people at risk.

In 2005, the Homeland Security Council estimated that a major attack on just one of these chemical facilities would kill 17,500 people and injure tens of thousands more. Many of the first victims would be plant workers and people in the low-income communities that often are located near these dangerous plants.

You know who the opposition is: avaricious corporate interests like the Koch brothers. They don’t want to pay to shift to safer materials and technologies, even though other companies like Clorox, which eliminated the use of chlorine gas in favor of a safer process for making bleach, have already made the switch and are thriving.

How would our country view a weak EPA rule if one day there was a chemical catastrophe that killed thousands of Americans? More than twenty thousand people died as the result of the 1984 gas leak at a plant in Bhopal, India, in addition to many serious disabling illnesses. A U.S. company, Union Carbide, owned the plant.

If the plant was in the United States, and 20,000 Americans died, would not our country already have responded to this problem? We can’t wait for such a tragedy to explode before we take action.

Communities where the most dangerous plants are located – from Newark to Detroit, Mississippi to California – cannot wait any longer. For the facilities that have converted, the result is reliable protection for employees and communities against catastrophic disasters, and at low cost. Wherever this can be done, it should be a requirement.

The proposed EPA rule does take an important first step by mandating that certain high-risk chemical plants conduct a safer technology and alternatives analysis (STAA) and feasibility assessment on the use of inherently safer technologies. Perhaps that is one reason why Republican congressman Mike Pompeo of Kansas, in whose district Koch Industries is located and who has taken extensive campaign contributions from company officials, is pushing legislation to prohibit the EPA from issuing any rule at all.

But the Administration should not simply resist this industry-backed amendment; it should dramatically improve the rule by:

The people must demand your EPA issue a stronger rule that moves industry to proven safer technologies and protects the public in every endangered community.

P.S. For a map of RMP facilities across the country, concerned citizens may visit https://preventchemicaldisasters.org/facility-maps/.

Capitalism: what a load of rubbish! By William Bowles