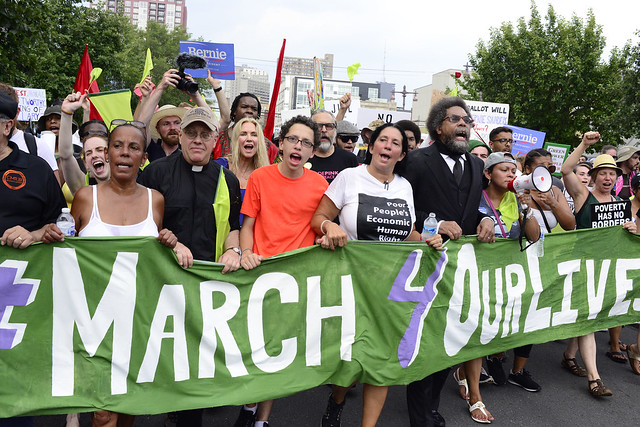 Dr. Cornel West on Sanders and the progressive movement

West speaks on how the Democrats lost their way as a progressive party, his thinking Bernie Sanders “is wrong” in his strategic shift and most of all…..gettin’ on board the love train!

Green Party presidential candidate Jill Stein spoke to RT about her current funding and ballot status and her experience of being arrested and held in a black site in 2012 while trying to debate her opponents.

Who Should Bernie Voters Support Now? Robert Reich vs. Chris Hedges on Tackling the Neoliberal Order

http://democracynow.org – The day after Senator Bernie Sanders spoke at the Democratic National Convention and urged his supporters to work to ensure his former rival wins the presidential race, we host a debate between Clinton supporter Robert Reich, who served as labor secretary under President Clinton, and Chris Hedges, a Pulitzer Prize-winning journalist who backs Sanders. [incorrect; Hedges supports Jill Stein – DS]

Abby Martin Talks About Her Arrest at DNC

9 thoughts on “Rev. Chris Hedges: We Do Not Live In A Functioning Democracy + Jill Stein’s Speech”