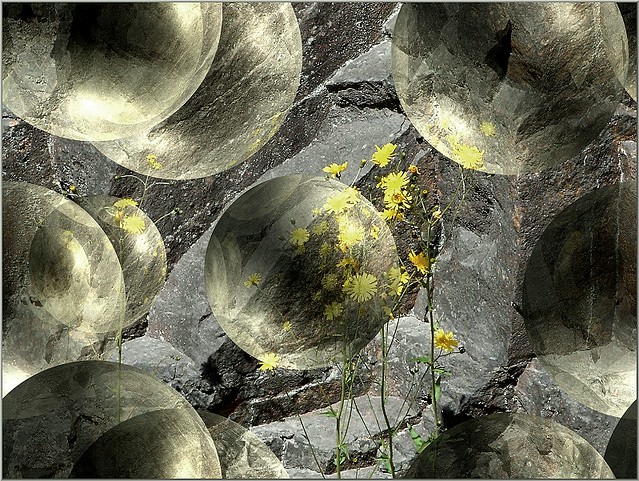 In his novel, The Idiot, Dostoevsky wrote that beauty can save the world, admitting however that “beauty is difficult to judge … and is a riddle.” I would humbly add that the writer’s world-saving beauty must be accompanied by a major measure of innocence, precisely the innocence of the novel’s hero, Prince Myshkin. The Prince’s physical flaw, his epilepsy which was also Dostoevsky’s affliction, can be overlooked; in the eyes of bourgeois society of then and now Myshkin’s deplorable flaw is his innocence. In his late twenties, the last four years of which he has spent in a Swiss sanatorium, Myshkin has preserved many of his childhood qualities: he is naïve, impractical, compassionate and kind, because of which most of the novel’s adult characters consider him an idiot. In reality, Dostoevsky did not have in mind the innocence synonymous with naiveté or inexperience, but instead the innocence of the clean hands of virtue and morality.

The innocence I am considering here is precisely Myshkin’s innocence, the anonym of a more significant ignorance, not the ignorance of uneducated, unschooled, unlettered common people. I have in mind instead the ignorance of the sophisticated and educated elite, the specialists, the ignorance of our political and economic leaders and masters who are morally ignorant, incapable of distinguishing between good and evil, who, for example, foolishly attempt to separate wealth and culture in the belief in a “creative aristocracy” born from wealth. In his Western Cannon of literature Harold Bloom recalls that “the power to originate is an individual gift.” Originality has nothing to do with social station.

As did Dostoevsky, I have linked beauty and innocence because the quality of innocence I have in mind is no less than the very essence of beauty. Therefore, by the same token, no redeeming beauty can be authentic and enduring without that measure of innocence which qualifies it. In short, genuine beauty cannot exist without innocence.

Innocence/beauty in turn is interrelated with truth. In the Russian master’s story, Prince Myshkin notes the child’s trusting nature and extraordinary truthfulness: “Do you know that a great deal can be forgiven you for that alone?” Children and simple unschooled persons resort to the little “white lie”, slyly, they believe in their naiveté, convinced they are fooling you.

But the educated ignorant, the uneducated educated, as exemplified by the Liberal elite, politicians and presidents and corporate executives, who, in order to gain office or position and enrich themselves, are not in the least troubled as to whether or not they are believed or if their lies are uncovered. The truth bothers the modern educated ignorant who prefer fakery and sham. Such is the impudence of their moral ignorance. In such “educated ignorance” there is no perception, no inkling whatsoever of the existence/imminence of a class struggle in the USA, a reality in fact little known in the world at large.

As T.S. Eliot wrote in The Information Age:

Innocence of the moral sort instead is part of and belongs to, I suspect, that “thing”, das Ding, which we search for all our lives, that indefinable and elusive thing that has no name, yet which is a remnant of something that remains in you the former child but which, as Dostoevsky notes, never emerges from your brain, although you perceive its presence and try and try to pinpoint it and, in the end, you may come to suspect it is perhaps the essence of yourself. In his manner Prince Myshkin says that “the feeling of intense beatitude makes the moment (of that feeling) worth a lifetime.” In order to express his feeling that there is something else, something haunting and mysterious in us, Dostoevsky’s protagonist in Notes From The Underground screams “No!” to “two and two make four”. But what is that thing? It is comforting to know that it is something more than the self-sufficing Reason of the Liberal bourgeoisie and their (false) morality. Dostoevsky believed that that something—that thing that concerns you alone—whatever it is, should suffice for salvation. In the meantime he proposes that it is the free will to choose or reject the logical as well as the illogical that makes mankind human.

In the same spirit, Kierkegaard finds that “we confound loss of naiveté (a developmental change) with loss of innocence (a spiritual failing). While each person is fated to lose naiveté, no person loses innocence by developmental necessity. Each person loses innocence by his or her own hand in freedom. For William Blake, as for Soren Kierkegaard, innocence is neither an original perfection that is swept away by experience, nor a half‐state waiting for its complement. Instead, anxious innocence is the “possibility of possibility,” the starting and end point of the individual’s journey of self‐discovery.

Inevitably, however, innocence is related to childhood, before it is marred by life experience where innocence encounters immorality and evil. The quality of experience in life as we grow older is then the problem, the hurdle to be overcome in order to maintain even a grain of innocence, the grain that contains the authentic world. The often negative moral quality of experience as inculcated by parents, relatives and friends, the degenerated morality of schools and religions, of lived life weighs heavy. How many times can the innocent child recite public prayers, pronounce the pledge of allegiance and sing the Star Spangled Banner and not lose bits of innocence and gradually, degree-by-degree, succumb to the lie that the USA is an exceptional land and is therefore permitted to commit crimes forbidden to others.

Arrived at this point, I can now look briefly at William Blake, the eighteenth century artist—poet, painter and musician—who created a world around the journey from innocence to experience. Blake’s Songs of Innocence and Experience of 1794 (a collection of poems composed and illustrated by Blake himself on a theme that must have occupied him for many years) juxtapose the innocent, pastoral world of childhood against an adult world of corruption and repression. (Wikipedia). Childhood is a state of protected innocence gradually impinged on by a corrupt world and the oppression of Church, State, and the ruling classes, i.e. by “experience”, the state in which childhood innocence diminishes, in most people a near total loss. The poet’s collection explores the value and limitations of two different perspectives on the world: innocence or experience/ignorance. Many of his poems fall into pairs, so that the same situation or problem is seen through the lens of innocence first and then experience, both of which are seen by Blake as “definitions of consciousness”.

In particular, Blake’s innocence opposes despotic authority, restrictive morality, sexual repression, and institutionalized religion; his innocents are forever on the side of the losers. His great insight, his “vision”, is into the way these separate modes of control work together to squelch what is most holy in human beings: the innate innocence before the Fall. Blake’s Songs of Innocence dramatize the naive hopes and fears that inform the lives of children and trace their transformation as the child grows into adulthood. The poet draws attention to the positive aspects of natural human understanding prior to the corruption of experience. The Songs of Experience lament the ways in which the experiences of adult life destroy what is good in innocence. Experience thus adds a layer to innocence that darkens its original hopeful vision.

Dostoevsky’s Myshkin has retained much of his innocence and therefore, like real innocents in real life, is considered odd, naïve and ignorant by others who are already branded by “experience” and are just muddling through life in a world in which innocence dies away while the great majority of people, ignorant of their former childhood innocence, strives to toe the line and be like others.

13 thoughts on “Innocence by Gaither Stewart”