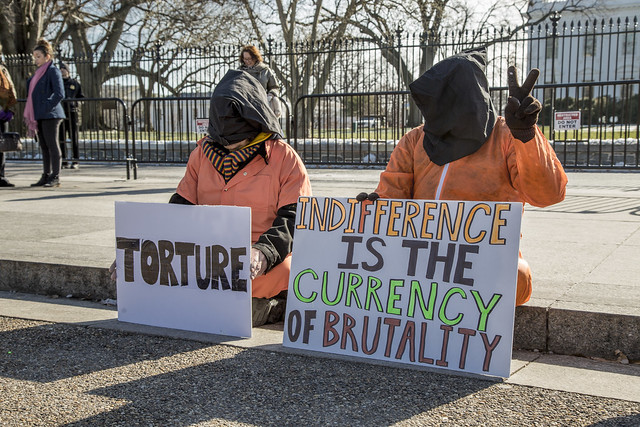 Indifference is an American-European story. As French chansonnier Serge Gainsbourg sang of his love for Brigitte Bardot: “What does the weather matter, what matters the wind? Better your absence than your indifference.” Or Gilbert Bécaud: “Indifference kills with small blows.” The indifference of one person to the other in a dwindling love affair is emblematic of the terrible impact of indifference in any field at all.

Of the murderous twentieth century, Niemöller wrote that indifference means ‘no difference’. There is no conceivable philosophy of indifference, so apparently lacking in principles. Or response. Like disengagement, indifference cannot possibly be seen as a virtue. Indifference shows no aspirations of goodness. Indifference is the destroyer of whole societies, most evident in the United States of America today. Indifference is an unnatural state in which the lines between good and evil blur and fade away. At times indifference is also seductive, a cherished refuge. For it is easier to look away from victims, close our eyes to torture and social injustice. No desire to weep and curse about the destiny of others. Nonetheless, indifference to suffering is inhuman. Even more dangerous than hatred. It happens that someone performs a great action for the sake of one individual or even for the sake of humanity as a whole; indifference however can never be creative in that manner. Indifference is instead a non-response. And on the other hand it benefits aggressors of all sorts and on all levels hammering at the gates.

Here is a short list of obvious forms and objects of indifference:

Indifference to the abyss between rich and poor.

Indifference to the true value of labor.

Indifference about a truly free press.

Indifference to violence against women.

Indifference to man’s mistreatment of animals.

Indifference to the fraud of citizens by governments.

Indifference to bombing the others from the stratosphere.

What then is the problem? How can we account for the victory of conscious cultivated indifference to matters of life and death? First of all: The fundamental problem in our times is the very nature of bourgeois capitalism and the dominant role of the capitalist bourgeoisie. Working people and intellectuals hovering around the fringes of the bourgeois world are potential instruments for dissecting, analyzing and changing that world; but as a rule the working class only yearns for the Eden of the bourgeoisie.

Meanwhile intellectuals within that milieu either adapt or suffer in their splendid alienation, torn and drawn first in one direction, then the other. Many European intellectuals consider themselves the standard bearers of the authentic bourgeois class, seen in moral terms and not economic, some still linked to the idea of social revolution reaching back to the era that culminated in the Russian Revolution. For that reason and infected by a sense of self-depreciation for the havoc and carnage of two world wars they had wrought, bourgeois intellectuals in post-World War II Europe searching for rescue gravitated toward Communism and embraced with enthusiasm renewed unity with the working class. The result was a wondrous force leading to the formation of huge Communist parties also in West European countries as in Italy, France and Spain in a spirit of resistance against the indifference that had infected fascistic Europe in the 1930s leading to WWII. For a time a glorious future seemed to be emerging from the useless destruction of the partial continent. But moment by moment they gave up; the required sacrifices were too much for them. In the long run, intellectuals-liberals proved to be a Trojan horse inside post-war European Communism, recalling the betrayal of German Social Democrats on the eve of World War I: Liberal intellectuals followed NATO Europe, while the working class was gradually seduced by the fraudulent flawed American dream. The effect for Europe was calamitous.

Nevertheless, that socialist strain remains a great divide separating the European working class and its intellectuals from their respective American cousins. The two similar classes—the bourgeoisie and the Middle Class are however not the same thing. Nor are their intellectuals the same. Their histories are as different as are their particularities and today the abyss separating them on many universal issues is widening.

Although the European bourgeoisie and its intellectuals and the American Middle Class and its intellectuals are united by their roles in society, those same histories and particularities create misunderstandings between them. American society itself is much more isolated than Europeans in general, due also to the ubiquitous nationalism and rampant immoral neo-imperialism, especially since September 11, 2001. Only a tiny minority in American society seems genuinely conscious of the others in the world today, a world peopled by foreign devils they do not even know or care to know. Their indifference is directly linked to that twisted ignorance so devoid of grandness and depth, and therefore the extremely critically dangerous aspect of U.S. foreign policy of uncontrolled imperialism. Society seems unaware of, or is simply unconcerned about events in those faraway vague and hazy places, with the result that if indifference is a quality, American indifference, as Niemöller could have warned, can destroy the world.

Even though sick with Eurocentrism and indifference to the rest, European society, because of its history and geography European society is (hopefully) becoming vaguely aware of the reality that also they are the others, and must somehow, someday deal with strutting and clattering, unending U.S. imperialism today more than ever before sharpened by its drive for hegemony based on a hubristic conviction of America’s Exceptionalism.

Russian Intellectuals and the Intelligentsia by Gaither Stewart

12 thoughts on “Indifference, by Gaither Stewart”