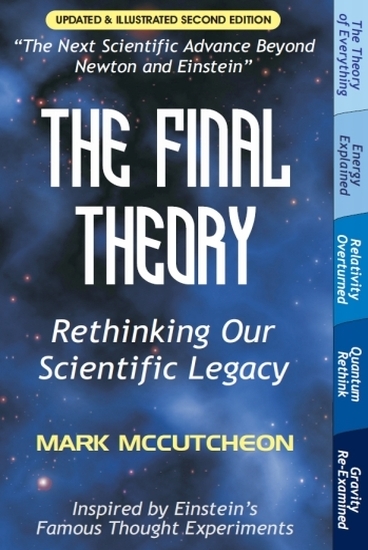 In 2002 Mark McCutcheon published the first edition of his book The Final Theory at Universal Publishers. It was an instant success on the Amazon website, however it also created some controversy. It presented to the world a new Theory of Everything that worked out of the box, to replace Newton’s Law of Universal Gravitation, Einstein’s Theories of Relativity and Quantum Mechanics.