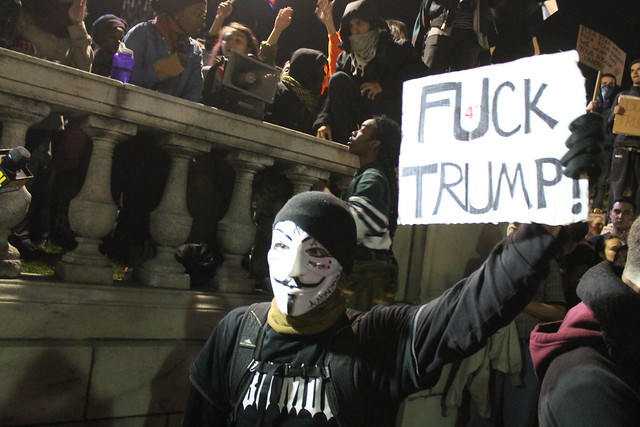 In the wake of the election of Donald Trump, many peeps are freaking the fuck out. Well, step back, take a break and watch our analysis.

What can we expect? Racists attacks, deportations, and appointments of neo-fascists and corporatists.

How did it happen? We break down the social media induced echo chamber effect.

What can we do? We bring you an interview with Redneck Revolt on organizing strategy for the years to come.

I Would Love to Share in Your Incredulity by Thomas S. Harrington

10 thoughts on “The Stimulator: Meet Your New Overlord”