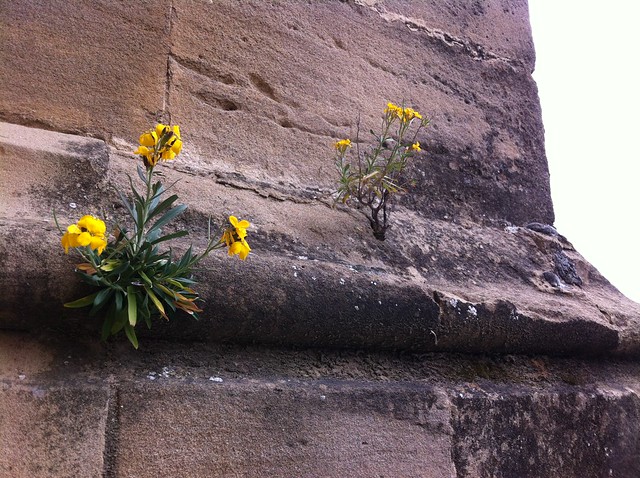 The Essays of The Man From the North by Rivera Sun
Writer, Dandelion Salad
November 18, 2016

A smoothly functioning society is created and maintained by the people. Children go to school, workers show up at their jobs, shipments are made, groceries and purchases are bought, bills are paid, goods and services are delivered; and so on. In times of justice, when the workings of society are fair, respectful, and uphold the rights and dignity of humanity, then the people have every reason to collectively maintain functional workplaces, schools, roads, social events, and so on.

But in times of injustice, when the government, businesses, courts, and institutions are corrupt and abusive, it is the right and the responsibility of the people to deny power holders the benefit of a seamlessly operational society. Students must walk out of classes. Commuter traffic must be interrupted. Workers must strike. Shoppers must boycott. Widespread nonviolent action in the forms of noncooperation and intervention must be used to withhold the socio-political consent of our day-to-day lives.

Corrupt and abusive power holders view these actions as objectionable and abnormal. They are, however, indications of a robust and sane civil society grasping the source of its political power. The ability to give or withhold our consent or cooperation is the most important and ultimate form of checks-and-balance within our political system. It is the power most-feared by the unjust, the bullies, the crooks, and the abusive, for it is the ordinary, everyday strength of grandmothers and children, mothers and fathers, workers, teachers, and students.

In times such as ours, when rich people control vast monopolies, mass media, and the government, it is how we stand up to their bullying and abuse. When their concentrated control of power does not deliver decent food to our children or put solid roofs over our heads, then it is our right to refuse to give them a well-ordered society. When their domination of our governing system does not offer freedom from persecution and discrimination to every citizen, nor safety from the violence of the state, vigilantes, or others; nor affordable healthcare; nor freedom from the shackles of debt; nor an environment that can sustain and nurture life … when such systemic failures run rampant then it is our duty to resist the ruling elite using our ability to maintain or disrupt the functional workings of our world.

The people have no inherent obligation to deliver functional workplaces to wealthy business owners, nor profits from sales of consumer goods. We have no duty to comply with protocols of a governing body controlled by abusive oligarchs. The people do have reason to respect and uphold their fellow citizens, to maintain systems and institutions that protect and benefit the public good, and to cooperate with economic systems that are fair and respectful to workers, suppliers, and consumers alike. We have every reason to grant functional systems to our brothers and sisters wherever those systems improve the well-being of all.

But at times such as these, when our society as a whole serves largely to cripple, impoverish, imprison, and oppress the bulk of the populace, then the people must deeply question whether our normal, orderly days are a source of pride and contentment … or whether they are analogous to Christian Germans completing their shopping while the German-Jews were being sent to the gas chambers. Or worse, for in this metaphor, we are both the abused and the pawns of the abuser. We are the Jews who worked for the Nazis, keeping records of gold teeth, glasses, and pocket watches taken from the pockets of the condemned.

Our productive, well-ordered society is maintained by millions of people and can arise in three different ways. Currently, it largely manifests as a massive machine of sleepwalking automatons, mindless of the effect of our actions. In times of justice, this society could be a vibrantly alive and beautiful reflection of the mutual respect and prosperity of a nation at peace with itself. In times of injustice, however, such a well-behaved society is shameful, a sign of either our callous disregard for each other, or of our ingrained disempowerment and despair.

The sleeping giant of our populace must awaken. The unconscious must become alert, aware, and empowered. The functionality of our daily world is the ground of our resistance to injustice. We must give or withhold our day-to-day compliance with so-called normality as a form of flexing our political muscles. With this power, we can rein in abuse and reward justice. With this power, we demonstrate the tangible will of the people to the power holders in business and government.

This is true for all political situations from dictatorships to democracies. In our times when so much is controlled by so few, we, the people, must use our socio-political strength to demand justice from the rich and powerful … and even more importantly, to wrest back the institutions and systems of power from their stranglehold, to insist on shared power, democracy, and the unraveling of their monopolistic control.

We must each study our daily lives for pivot points of resistance. Every task, chore, job, appointment, errand, item on the shopping list, social obligation … everything can become a place of giving or withholding consent when our individual actions are multiplied by the efforts of our fellow citizens. Through these places, our yearning for justice has the potential to become embodied action. We must study our lives for our sources of power. Then we must collectively use it to protect the dignity and well being of all.

19 thoughts on “The Man From the North: Disrupt! Interrupt! The Ground of Resistance is Ours, by Rivera Sun”