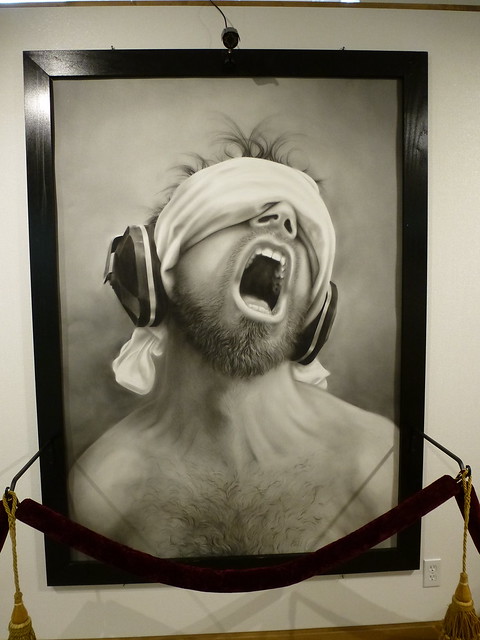 A young man was tortured in Chicago this week. It wasn’t an act of the Chicago police. It was live streamed on Facebook. And the President of the United States declared it an horrific hate crime.

The President did not advise “looking forward” rather than enforcing the law. Nor did he hold open the possibility that the crime might have served some higher purpose. In fact, he didn’t excuse the crime in any way that might help recommend it for imitation by others.

Yet this same president has forbidden the prosecution of U.S. government torturers for the past 8 years and has now seen fit to keep a four-year-old Senate report on their torture secret for at least 12 years more.

Some people in the United States would maintain that environmental and climate policy should be based on facts. Some other people (there is very little overlap between the two groups) would tell you that U.S. policy toward Russia should be based on proven facts. Yet, here we are readily accepting that U.S. torture policy will be based on burying the facts.

The primary author of the Senate Torture Report, Dianne Feinstein, calls it “a total exposé of the ineffectiveness of torture.” Yet, here comes President Trump, openly promising to engage in torture because of its effectiveness (morality and legality be damned), and both Obama and Feinstein are content to leave the report hidden. That is to say, Feinstein insists it should be made public now, but she is not herself taking the step of making it public.

Yes, although the U.S. Constitution makes the Congress the most powerful branch of government, centuries of imperial empowerment has persuaded pretty much everyone that a president can censor the Senate’s reports. But if Feinstein truly believed it mattered she would find the courage of a whistleblower and take her chances with the Justice Department.

The chances of Donald Trump releasing (or reading) the report seem slim but possible. If Obama really wanted to bury the report for good he would leak it now and announce that Russians were responsible. Then it would be everyone’s patriotic duty not to report on or look at it. (Debbie Wasserman who?) But our public interest, having paid for the report (not to mention the torture) is in immediate disclosure without shenanigans.

Not long after a petition was launched demanding that Obama release the report, he announced that he would protect it from feared destruction by keeping it secret for 12 years or more. A much surer way to protect it from destruction would be to make it public.

It’s been four years since the Senate “Intelligence” Committee produced this 7,000-page report. It’s hard enough for a 7,000-page document to go up against myths, lies, and Hollywood movies. But it’s a truly unfair fight when the document is kept secret. Only a 500-page censored summary was released two years ago.

NPR’s David Welna recently reported on this topic, in a manner typical of U.S. media, saying: “President-elect Trump . . . campaigned on bringing back torture which was outlawed during the Obama administration.”

In fact, torture was outlawed by, among other laws, the Eighth Amendment, the Universal Declaration of Human Rights, the International Covenant on Civil and Political Rights, the Convention Against Torture (joined by the U.S. during the Reagan administration), and the anti-torture and war crimes statutes in the U.S. Code (Clinton administration).

Torture was a felony throughout the period of time covered by the Torture Report. President Obama forbade prosecution, although the Convention Against Torture requires it. The rule of law has suffered, but some measure of truth and reconciliation remains possible — if we are allowed to know the truth. Or rather: if we are allowed to have the truth re-confirmed in an authoritative document guaranteed to be taken seriously.

If we are denied the truth about torture, lies will continue to justify it, and it will continue to claim victims. The lies will claim that torture “works” in the sense of compelling the production of useful information. In reality, of course, torture “works” in the sense of compelling victims to say what the torturer desires, including such gems as “Iraq has ties to al Qaeda.”

Torture can produce war, but torture is also produced by war. Those who recognize that war is used to sanction murder have few qualms about adding the lesser offense of torture to war’s toolbox. When groups like the ACLU oppose torture while promoting war they tie both hands behind their back. The dream of a torture-free war is illusory. And when wars are not ended, and torture is transformed from a crime into a policy choice, torture continues, as it has during the Obama presidency.

Some Democrats are offended that the Clintons will join Donald Trump at his inaugural celebration. What do they make of Obama sheltering Trump advisor Dick Cheney from a central portion of his criminal resume?