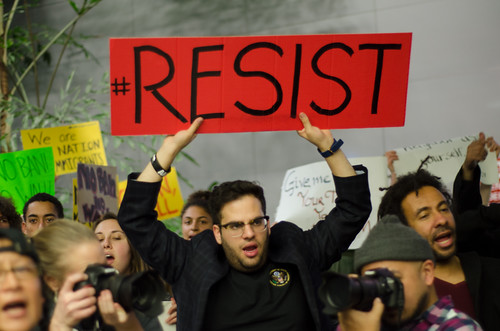 Since the fall of the Berlin wall in 1989 a protest movement of unprecedented scale and scope has swept across the world. Countries in every region have experienced demonstrations of one kind or another, common themes connect these peaceful campaigns: social injustice, economic inequality, political bias and environmental concerns, are some of the recurring issues animating millions of people.

Huge protests have been directed not only at governments and their policies, but large corporations such as oil companies and arms manufacturers; ‘People Power’ – an outgrowth of the 1960’s Flower Power movement – is a potential superpower, a benign force for good based on our shared humanity, mutual need and united purpose. No government, no matter how resistant, can stand against the collective will of the people, organised and consistently expressed.

The guiding principles for popular uprisings were laid out in the non-violent approach championed by Mohandas Ghandi. Civil disobedience, (creative) public protest and non-cooperation – “not against men but against measures. It is not directed against the Governors, but against the system they administer. The roots of non-cooperation lie not in hatred but in justice, if not in love.” It is love that must combat the hatred and bigotry of those like Trump, that would divide us, for as that other great social leader, Martin Luther King, made clear, “darkness cannot drive out darkness; only light can do that. Hate cannot drive out hate; only love can do that.” Love as a vibrant animating energy, manifest in acts of cooperation, brotherhood and sharing.

As the reactionary, materialistic forces of the world attempt to assert themselves with increasing fury, and the political left drowns in a state of vacillation and disarray, groups of people are uniting to challenge the ascendancy of nationalism, bigotry and isolation: divisive ideals embodied by President Donald Trump whose election has emboldened far right groups wherever they are found. Intolerance sits at the heart of their approach, and as Ghandi stated, “intolerance is itself a form of violence and an obstacle to the growth of a true democratic spirit.” It must be relentlessly faced down by understanding and acts of kindness.

Trump came to power on a wave of deep anger, a sense of betrayal and suffering born of poverty and exclusion – “a quarter of the children in this country now go to bed hungry, live in poverty,” He “told them [people] what they wanted to hear”, Chris Hedges relates, and now “is ramping up neoliberalism…it’s going to be a naked kleptocracy, which is not what people voted for.”

There was a naïve hope that the Responsibility of Office would silence much of Trump’s toxic campaign rhetoric, but after two, rather loud weeks in the White House, his intention to honour the poisonous campaign pledges has been evidenced in word and disastrous deed.

Amongst the many Trump policies of concern, his vile immigration policies, and his approach to all things environmental, are particularly alarming. Using the undemocratic hammer of Executive Power (supposedly to used in ‘times of emergency’) he has banned nationals from seven, mainly Muslim countries in the Middle East entering the US, for, he says ninety days – subject to extension: refugees fleeing war-torn Syria are banned indefinitely. Not only is this measure appalling, and probably illegal under international law, it is the kind of provocative action that will increase, not decrease, the risk of terrorist attacks both in America, and other western countries. The ban should be immediately repealed.

Trump’s economic and energy plans, coupled with his ignorance of the facts surrounding threaten to have a calamitous impact on climate change and the environment more broadly. He has surrounded himself with ‘sceptics’ and climate change ‘deniers’, threatened to withdraw from the Paris Agreement on Climate Change, and after four days as president took actions that will greatly increase greenhouse gases and therefore intensify climate change.

Trump “resurrected the Keystone XL pipeline” – which Friends of the Earth (FoE) state, could “devastate ecosystems, pollute water sources and jeopardize public health.” If completed, the pipeline will transport tar sands oil – one of the world’s dirtiest fuels – 2,000 miles from Alberta, Canada, to the Gulf Coast of Texas and into the US oil pipeline network. During the production of tar sands oil “levels of carbon dioxide emissions are three to four times higher than those of conventional oil”.

The pipeline would carry “830,000 barrels of dirty tar sands oil” into the US every day, resulting “in climate-damaging emissions equal to adding more than 5.6 million new cars to U.S. roads.” In addition to this atrocious, irresponsible decision, he also “expedited another pipeline in the Dakotas that had become a major flashpoint for Native Americans,” the New York Times reported, and signed a directive ordering an end to protracted environmental reviews.” Objections to the Dakota Access Pipelines, which would carry “450,000 barrels of fracked oil per day from North Dakota to Illinois,” were made clear in a letter signed by 37 environmental groups (including Greenpeace and FoE), sent to Barack Obama, when he was President.

Despite these environmentally destructive actions, Trump recently told automobile company executives – without a hint of irony – that, “I am, to a large extent, an environmentalist, I believe in it.”

The inter-related environmental crises are the greatest threat to humanity, the planet and the sub-human kingdoms, and 62 million Americans have now elected a president who fails to recognize the risks. His triumph, together with the wider successes of the Republican Party place “total control of the government — executive, Congress, the Supreme Court — in the hands of the Republican Party,” which, because of its stance on environmental issues, Noam Chomsky says, “has become the most dangerous organization in world history.”

The responsibility is ours

The answers to the numerous inter-related issues facing humanity – many of which find fertile ground in the new US Presidency – are not to be found in the ways of competition and the darkness of suspicion and separation, but lie in the fertile ground of cooperation, sharing and unity. Solutions are, and will increasingly come from the people, not from the current crop of politicians who are inadequate to the task, lack the imagination needed, are ideologically blinded and habitually turn to the past to meet the challenges of the present, which inevitably exacerbate the problems.

Humanity is at a crossroads, with fundamental choices to make: the likes of President Trump – and he is far from alone in his perverse views – embody one way, and the millions who have marched, petitioned, demonstrated and cried out, represent another more positive, humane path. They are the vast majority and express the aspirations of people around the world for a new, fairer, saner way of living: a world in which our lives cease to be determined by market forces and a derelict unjust economic model: a gentler world at ease with itself.

If Trump and his acolytes are to be cast aside, as they must be, we must act. The protests against his policies must be maintained and expanded, the outrage felt by people throughout the world harnessed and an unstoppable momentum for real change built. As a wise Teacher has said, “Nothing happens by itself, man [mankind] must act and implement his will.”

If our collective will is to live in a world at peace, in which sharing, tolerance and cooperation prevail, we must express these ideals in our own lives and relentlessly stand up to those who work in opposition to them. The election of President Trump – brought about in large measure by voters legitimate angry at the economic injustices millions of Americans have been subjected to – is a clarion call to action: coordinated, peaceful protest, creatively presented and consistently undertaken.

6 thoughts on “President Trump: The Final Assault on Cooperation and the Environment by Graham Peebles”