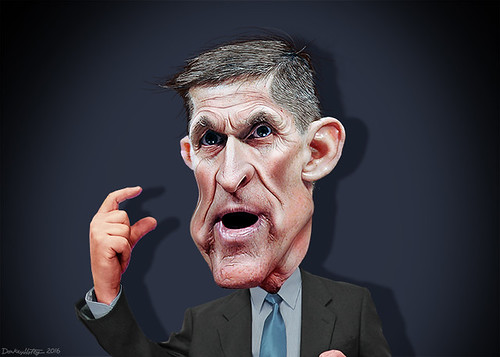 Michael Flynn participated in mass murder and destruction in Afghanistan and Iraq, advocated for torture, and manufactured false cases for war against Iran. He and anyone who appointed him to office and kept him there should be removed from and disqualified for public service. (Though I still appreciate his blurting out the obvious regarding the counterproductive results of drone murders.)