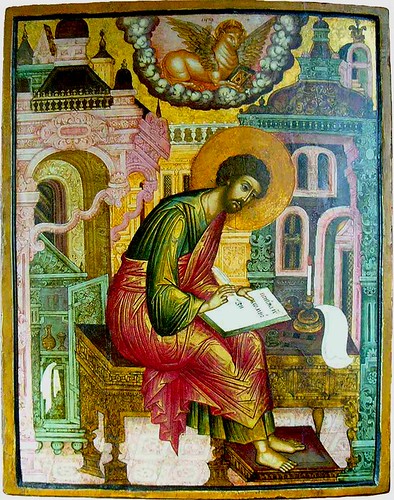 The Gospel According to Luke (Greek: Τὸ κατὰ Λουκᾶν εὐαγγέλιον, to kata Loukan euangelion), also called the Gospel of Luke, or simply Luke, is the third of the four canonical Gospels. It tells of the origins, birth, ministry, death, resurrection, and ascension of Jesus Christ.[1]

Luke is the second-longest of the four gospels, and together with Acts of the Apostles, the pair make up a two-volume work from the same pen, called Luke–Acts.[2] The cornerstone of Luke-Acts’ theology is “salvation history”, the author’s understanding that God’s purpose is seen in the way he has acted, and will continue to act, in history.[3] It divides the history of first century Christianity into three stages, with the gospel making up the first two of these – the arrival among men of Jesus the Messiah, from his birth to the beginning of his earthly mission in the meeting with John the Baptist followed by his earthly ministry, Passion, death and resurrection (concluding the gospel story per se). The gospel’s sources are the Gospel of Mark (for the narrative of Christ’s earthly life), the sayings collection called the Q source (for his teachings), and a collection of material called the L (for Luke) source, which is found only in this gospel.[4]

Luke-Acts does not name its author.[5] According to Church tradition this was Luke the Evangelist, the companion of Paul, but while this view is still occasionally put forward the scholarly consensus emphasises the many contradictions between Acts and the authentic Pauline letters.[6][7] The most probable date for its composition is around 80–100 AD, and there is evidence that it was still being revised well into the 2nd century.[8]

8 thoughts on “The Gospel of Luke”