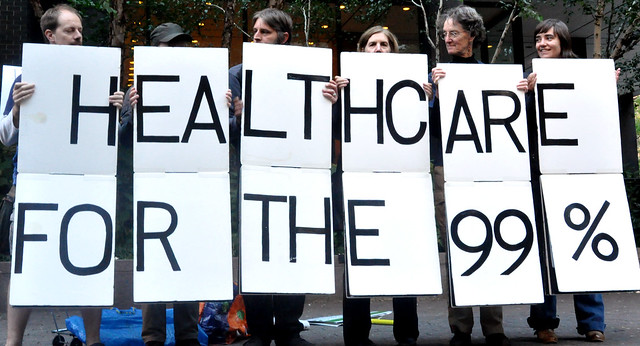 http://democracynow.org – On Friday, House Republicans failed to muster enough support to pass the GOP healthcare plan, which some call Trumpcare. In response, Vermont Senator Bernie Sanders has announced he will soon introduce a bill to create a single-payer healthcare system. Several progressive groups are backing a single-payer system, including the Working Families Party, the Progressive Campaign Change Committee, CREDO, Social Security Works and National Nurses United. For more, we speak with Dr. Steffie Woolhandler, co-founder of Physicians for a National Health Program. She is a professor at CUNY-Hunter College and a primary care physician. She is also a lecturer at Harvard Medical School.