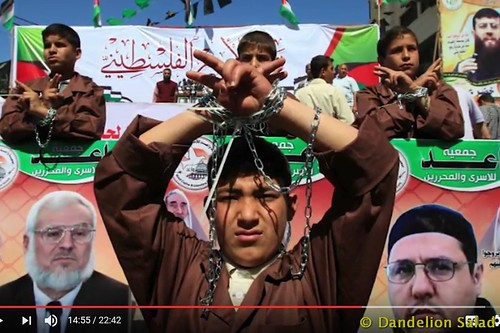 Israel’s occupation of the West Bank is an internationally-recognized human rights crime—but those being impacted are harshly punished for not only acts of resistance, but even mere advocacy for their rights.

Getting detailed facts about Israel’s imposition of Military Law in the West Bank, Abby Martin visits the the Ramallah offices of Addameer—the most prominent prisoners’ rights organizations in Palestine—for a shocking investigation into the use of Israeli jails and arbitrary laws as a weapon.

Chronicling this history of resistance and repression from the First Intifada through the 2015 uprising, this episode shows what brutal lengths the Israeli occupation will go to silence any and all advocacy for freedom.

Abby Martin: The Demolition of Palestinian Homes for Israeli Settlements Reached a 10-year High in 2016, Part 1