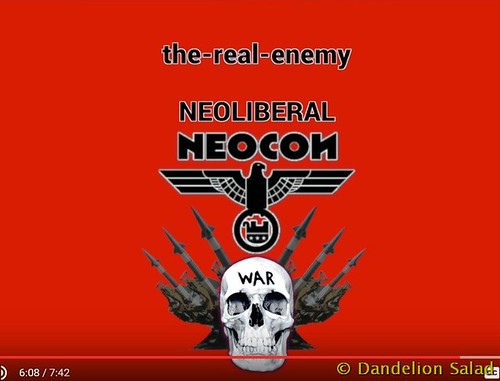 Caleb Maupin is a journalist and political analyst who resides in New York City. Originally from Ohio, he studied political science at Baldwin-Wallace College.

He has reported from across the United States, as well as from Iran, the Gulf of Aden and Venezuela. He has been a featured speaker at many Universities, and at international conferences held in Tehran, Quito, and Brasilia. His writings have been translated and published in many languages including Farsi, Chinese, Russian, Arabic, Spanish, and Portuguese. He is originally from Ohio.

In addition to his journalism, analysis, and commentary, he has engaged in political activism. He was involved in the Occupy Wall Street movement from its planning stages in August of 2011.

Trump Won’t Be Cancelling World War 3 After All #StandDownMrTrump

On April 6th, 2017, on the 100 year anniversary of America’s entry into World War I, Donald Trump launched airstrikes against against the Syrian government; in retaliation for a gas attack supposedly perpetrated by Assad. There was no investigation, not even a hack job of a frame up like we had in 2003. The evidence we do have contradicts the official story, and the stakes are much higher this time around.

Then before the dust had even settled, Trump pivoted to Asia. Ratcheting up intimidation tactics, towards North Korea. Threatening regime change and practically begging the already insecure Kim Jong-un to do something stupid. And that’s the point. Provoke a response, and then play the victim.

The US Missile Attack on a Syrian Airbase: The Most Dangerous Escalation in Syria by Fazal Rahman, Ph.D.

Top 10 Lies, Damn Lies, and Lies About Syria by David Swanson + Was the Syria Strike Even Legal?

War And The Health Of The State: What Causes War, Part 1 by Arthur D. Robbins