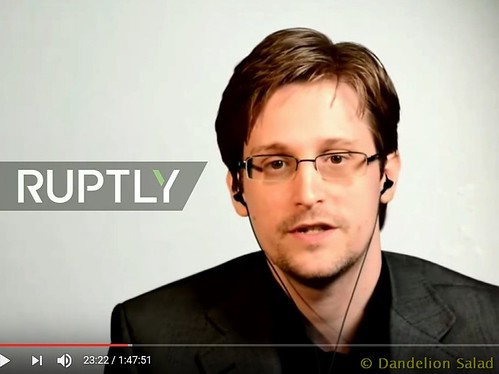 National Security Agency (NSA) whistleblower Edward Snowden is due to participate via a video link during an international conference at College of William & Mary in Williamsburg on Tuesday, April 18.

The event, titled ‘Democracy Under Surveillance: A Conversation with Edward Snowden’, will be moderated by Colonel Lawrence Wilkerson, former Chief of Staff to Secretary Colin Powell.

(Starts at 4 minutes in)