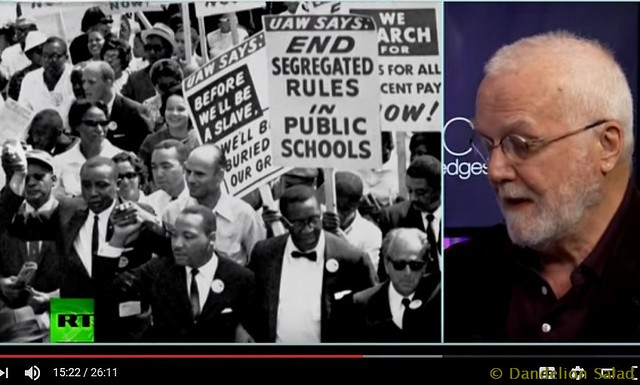 On this week’s episode of On Contact, Chris Hedges is joined by Russell Banks, author of Cloudsplitter, The Sweet Hereafter and Lost Memory of Skin. In his books, screenplays and short stories, Banks uncovers the humanity of the marginalized. RT Correspondent Anya Parampil explores deindustrialization in the US.

One thought on “Chris Hedges: The Humanity of the Marginalized”