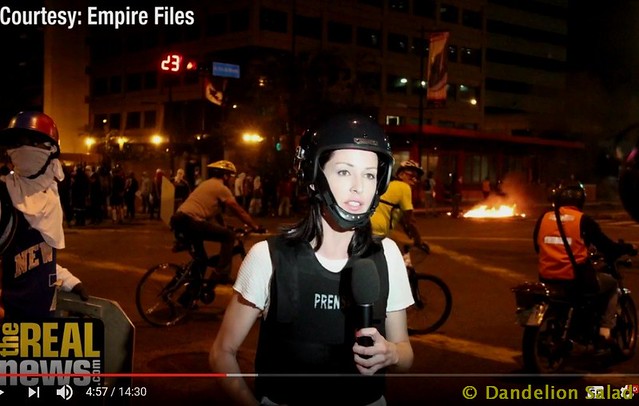 Empire Files host Abby Martin just returned from Venezuela where she saw first hand how violent opposition protesters attempt to intimidate reporters and thereby give a false impression of what is happening.

‘Second you contradict the narrative, they threaten to kill you’ – US journo on Venezuelan protests

A political TV show reporter has been threatened over her coverage of anti-government protests in Venezuela last month. Abby Martin, the co-producer of The Empire Files, started to receive death threats, saying she would be lynched. Venezuela has been gripped by protests since the beginning of 2017, resulting in dozens of people being killed.