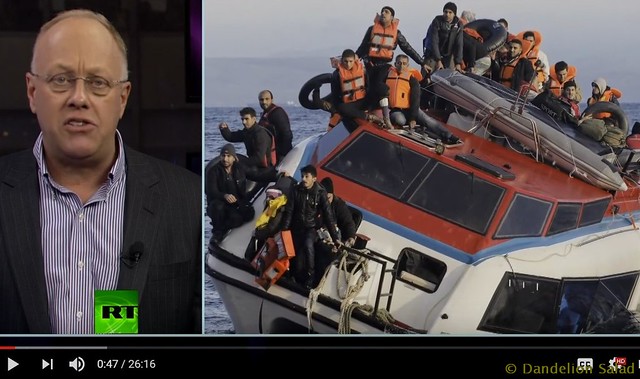 On this week’s episode of On Contact, Chris Hedges discusses the geopolitical consequences of global change with Professor Christian Parenti, author of Tropic of Chaos: Climate Change and the New Geography of Violence. RT Correspondent Anya Parampil explores how climate change is increasing tensions between the global north and the global south.

15 thoughts on “Chris Hedges and Christian Parenti: The Rising Threat of Climate Conflict”