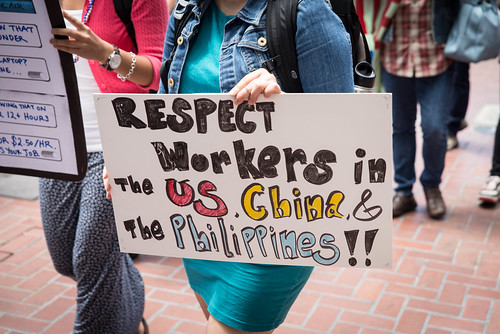 Imperialism, explains renowned economist Jayati Ghosh – whether explicit or implicit – is about the struggle to control economic territory such as markets, workers & labor, natural resources and new kinds of markets that are developed.

Large capital, when on its knees, makes concessions to labor. But now, with disproportionate bargaining power under new global forms of capitalist organization, is pushing down the share of wages in national income, says renown economist Jayati Ghosh.

New forms of economic territory, including privatized commons, cannot lift capitalism out of the stagnation that it pushed itself into because it has suppressed wage incomes, says renowned economist Jayati Ghosh.