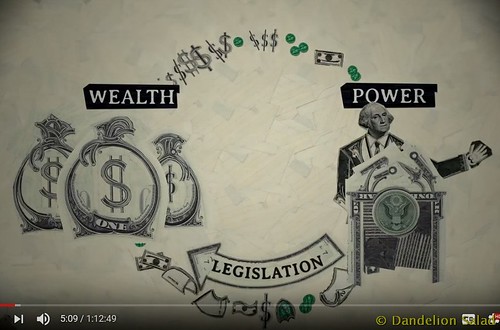 On this week’s episode of On Contact, Chris Hedges travels to Cambridge, Massachusetts for a conversation with America’s most important intellectual, Professor Noam Chomsky. In Part I of their conversation, Chomsky discusses the adverse effects of neoliberalism on the working class, as addressed in his book, Requiem for the American Dream: The 10 Principles of Concentration of Wealth & Power.

Requiem for the American Dream: The 10 Principles of Concentration of Wealth & Power

Nader and Chomsky discuss Noam’s new book and documentary film Requiem for the American Dream. From May, 2017.

Injustice by Design by Graham Peebles + Noam Chomsky: Requiem for the American Dream