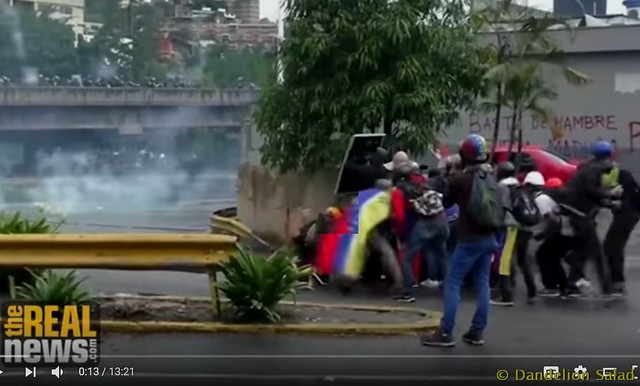 Lucas Koerner of Venezuelanalysis.com says the death toll and violence are on the rise but according to the Attorney General’s reports more of these deaths are being instigated and attributed to opposition supporters.

The head of the State Department’s sanctions office has been in Europe to enlist support for expanded sanctions against the Venezuelan government.