Rising stock prices is not an indicator of financial health like Trump would have you believe, specially when you examine who is buying that stock, says economist Michael Hudson, the author of Killing the Host: How Financial Parasites and Debt Destroy the Global Economy.

END_OF_DOCUMENT_TOKEN_TO_BE_REPLACED 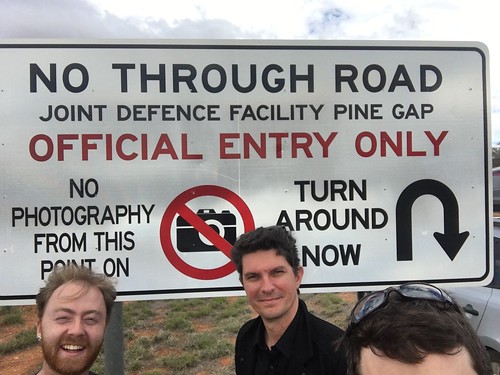 ‘[For us] it is one thing to remain a good friend, but too close an embrace will lead Americans and others to resurrect the “deputy sheriff” tag. The Americans have always put their own interests first and will continue to do so; we should follow their example. American interests will not always be the same as Australian and vice versa. The bottom line, however, is the domestic political one. Australians are afraid of the outside world and convinced of their inability to cope with it. Any Australian government which suggested that we do without a great and powerful friend to look after us would have to consider the electoral implications.’ — Source: Cavan Hogue — fmr. Ambassador and Dep. Permanent Representative when Australia was last on the UN Security Council. He has also served as head of mission in Mexico, Kuala Lumpur, Moscow and Bangkok, along with other posts. He is an Adjunct Professor in International Communication at Macquarie University, Sydney.