As most everyone knows, white supremacists descended upon my city of Charlottesville, VA, this past weekend, and chaos, violence and tragedy ensued. I’ve been thinking since then about the concept of supremacy and how odious it is–as if one race were purer and better than another, as if one color of skin were of a higher virtue than another.

END_OF_DOCUMENT_TOKEN_TO_BE_REPLACED 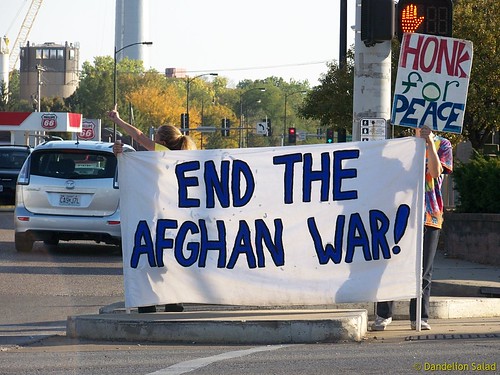 Since 2001 the US has been at War in Afghanistan – the longest war in US history. Headlines concisely tell the story of this cruel boomeranging quagmire of human violence and misery. Below are some newspaper headlines from 2010 to the present to show that a militarized foreign policy without Congress exercising its Constitutional duties and steadfast public engagement will drift on, costing our soldiers’ lives and limbs, nearly three-quarters of a trillion taxpayer dollars, hundreds of thousands of Afghani lives and millions of refugees, with no end in sight.