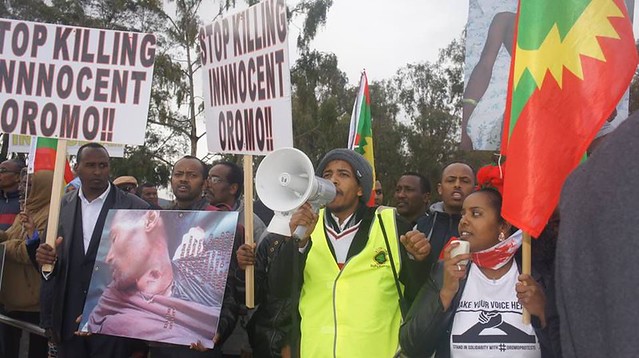 Scan the mainstream media for news about Ethiopia and discover headline after headline describing the country’s economic successes: double-digit economic growth, foreign investment and aspirations to become a middle-income country by 2030. Ethiopia, we are told, is a functioning democracy, an African tiger economy and an important ally of Western governments.

END_OF_DOCUMENT_TOKEN_TO_BE_REPLACED

Sixteen years after its passage, the Senate has rejected an effort to repeal the Congressional authorization that has been used as a blank check for military action around the globe, says David Swanson of World Beyond War.