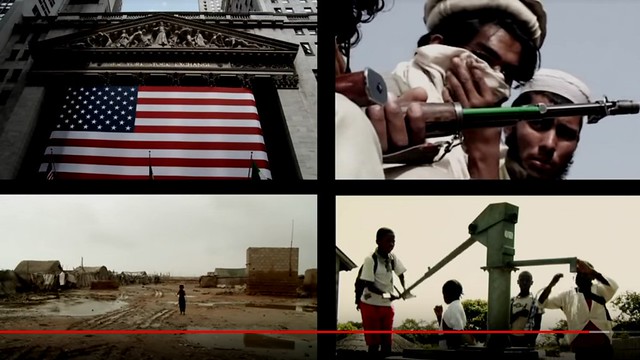 As we will never return to ‘business as usual’ 23 international thinkers, government advisors and Wall Street money-men break their silence and explain how to establish a moral and just society.

FOUR HORSEMEN is free from mainstream media propaganda — the film doesn’t bash bankers, criticise politicians or get involved in conspiracy theories. It ignites the debate about how to usher a new economic paradigm into the world which would dramatically improve the quality of life for billions.

“It’s Inside Job with bells on, and a frequently compelling thesis thanks to Ashcroft’s crack team of talking heads — economists, whistleblowers and Noam Chomsky, all talking with candour and clarity.” – Total Film

“Four Horsemen is a breathtakingly composed jeremiad against the folly of Neo-classical economics and the threats it represents to all we should hold dear.” – Harold Crooks, The Corporation (Co-Director) Surviving Progress (Co-Director/Co-Writer)

Deconstructing the State: Getting Small, Part 6 by Arthur D. Robbins

History of Capitalism in the United States: Exposing the Myth of America