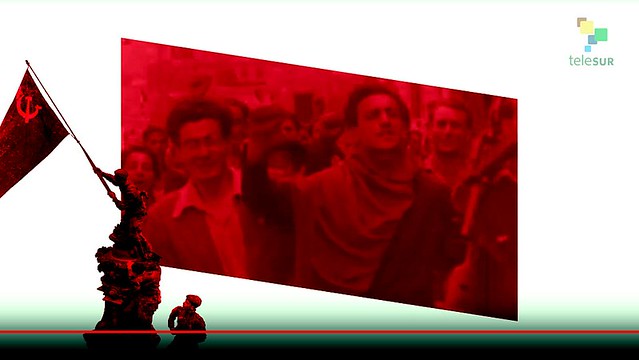 Nov. 7, 2017 marks the 100th anniversary of the seizure of power by workers and peasants in the Russian Revolution, regarded as the most world-altering event in the history of civilization.

To understand the context of this first socialist experiment, how it happened and what caused the many problems it faced, Abby Martin sits down with Brian Becker, long-time socialist organizer and co-author of the new book Storming the Gates: How the Russian Revolution Changed the World.

Why did the Russian Revolution Happen? 1 minute answer

15 thoughts on “Abby Martin and Brian Becker: The First Time The Red Flag Was Waved + Caleb Maupin: Why Did The Russian Revolution Happen?”