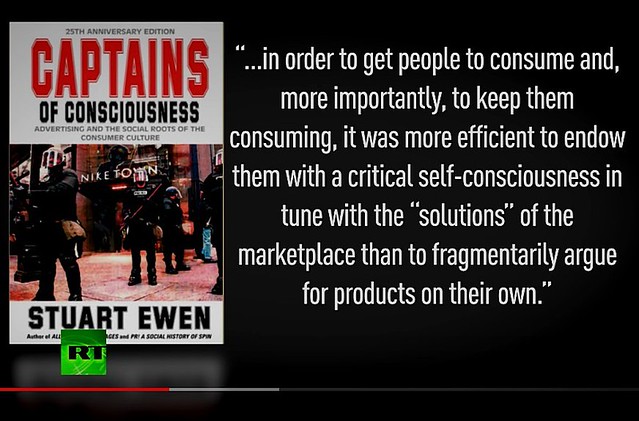 Stuart Ewen, Professor and Chair of the Department of Film & Media at Hunter College and author of Captains of Consciousness: Advertising and the Social Roots of the Consumer Culture joins Chris Hedges for a conversation on the power of mass propaganda. RT Correspondent Anya Parampil looks at the influence of the public relations industry.

Chris Hedges and Pankaj Mishra: The Only Antidote To This Culture Of Cruelty Is Socialism

The Poison of Commercialization Where Everything Is Regarded As A Commodity by Graham Peebles + Kate Tempest: Tunnel Vision

17 thoughts on “Chris Hedges: The Power of Propaganda”