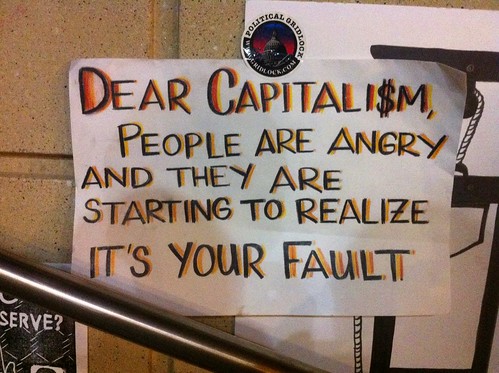 The Essays of The Man From the North by Rivera Sun
Writer, Dandelion Salad
December 13, 2017

Blockade the gangplanks of the Titanic! Shut down the boilers of the ship! Storm the stairs from steerage and seize the wheel!

We have passed the point where token victories, small handouts, and crumbs from banquet tables will help us. We have struck too many icebergs and the hull of our society has been breached. Band-Aids on shredded steel will not hold back the floodwaters of injustice.

We are standing on the sinking Titanic. The politicians are huddled in half-empty lifeboats, refusing to come back. They built the ship that’s sinking. They mocked the worrywarts who pointed out the lack of lifeboats. They raced full throttle through the dangerous waters, ignoring the looming icebergs of climate change, poverty, economic collapse, growing inequality, fascism, mass surveillance, imperialism, racism, the police state, monopolistic domination, and more. The list of icebergs is too long … and we’ve crashed into them all. We are screaming on the deck, pounding on the windows, thrashing in the black icy waters … or drowned in steerage class, silent and entombed.

The left blames the right. The right accuses the left. Each tells us that if they were in charge, this disaster would never have happened.

But they were in charge. Every step of the way, the left and the right were in charge. The disaster happened. They built this ship that’s sinking. Stuffed with arrogance and greed, they plowed us all to our demise.

You must break through the delusion that the oligarchs and corporate pawns will save us. You must starkly confront the terror that all the wealth, power, momentum, steering wheels, boiler rooms, and engines of our nation are in the hands of greed-deluded madmen and fortune-drunk madwomen. You must drop the wishful thinking that they will regulate the Titanic or enforce safety measures or turn a different direction or slow down or fix the ship.

We must save ourselves.

We must organize to blow the whistle on the flawed design plans. We must educate each other of the dangers. We must organize the dockworkers to refuse to load the ship. We must come en masse to block the gangplanks. We must boycott the tickets. We must tell our friends and neighbors to stay off the ship.

Or, if it is too late, if we find ourselves on this metaphorical Titanic, miles out to sea, then we must refuse to load the boilers in the engine room. We must rise up from the lower decks and seize the wheel. We must disrupt the oblivious party on the first class deck. We must slow the ship to navigate the disasters of these waters.

Bend the metaphor further. Bend it to breaking point. Dissect the anatomy of disaster. Pick through the pieces of the wreckage of history and learn! Our survival depends on it. How many people must drown in the icy waters before you will drop the comforting lies? Stand and face the truth.

The wealthy politicians and corporate pawns on the left and the right are striking up their marching bands and plastering the town with their posters. They call their ideas unsinkable. They sell us tickets to their Titanic. They want us to believe that if we vote them into power, somehow their flavor of greed will be more palatable as we sink. They promise to reward us by putting us in their lifeboats while the rest of the nation drowns – don’t make that devil’s pact.

Here is the truth: we must save ourselves. For, if we keep stoking the furnaces of the rich and powerful, we will plow into the final iceberg, sink into the frigid waters, and drown.

6 thoughts on “We Are Standing On The Sinking Titanic”