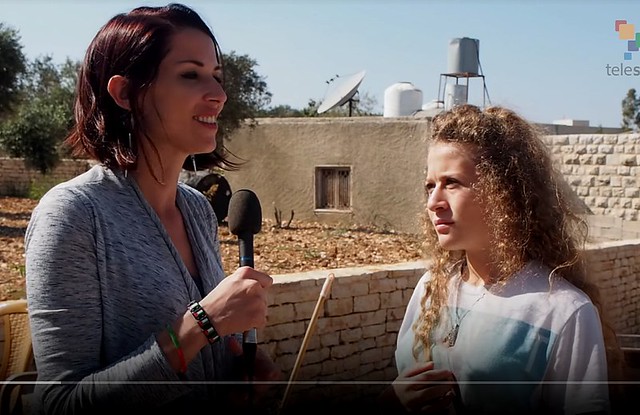 While in the West Bank in late 2016, Abby Martin interviewed Ahed Tamimi about her hardships and aspirations living under occupation and it becomes clear why her subjugators are trying to silence her voice. Her brother Waad and father Bassem also talk about their experiences with Israeli soldiers harassing their village and targeting their family.

In this exclusive episode, Abby outlines the Tamimi family’s tragic tale and unending bravery in the fight for justice and equality in Palestine and how the story of their village of Nabi Saleh is emblematic of the Palestinian struggle as a whole.

Israeli forces have killed three of its family members and arrested scores of others, including 16-year old Ahed, but the Tamimi family continues its non-violent struggle for Palestinian freedom. We speak to Manal Tamimi about her recent imprisonment and her family’s defiant activism.

Abby Martin: The Demolition of Palestinian Homes for Israeli Settlements Reached a 10-year High in 2016, Part 1