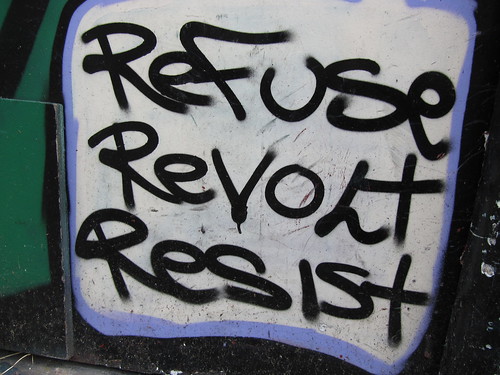 The Essays of The Man From the North by Rivera Sun
Writer, Dandelion Salad
January 13, 2018

Reject the glossy and sensational for the gritty and educational. Wean your mind from corn syrup and eat your vegetables. We have become a diabetic, cancerous, obese, depressed, anxiety attack ridden culture from the consumption of glitter-sugary corn syrup politics, sound-bite news, vacuous entertainment, and catch-phrase economics. We are commercialized right down to our souls from our mega-churches to our worship of wealth to our brand cults. It is killing us and our world.

Mega-corporations are watching us with horrified fascination as we become the sugar-and-sex addicted lab rats in their button-pushing experiments. Online buying is a quick hit of the primal rush of acquisition hard-wired into humanity from the days of hunting and gathering. Now triggered with a click, we feed this addiction with thousands of clicks per day. We are jittery, strung-out, nervous wrecks. We are as destructive as any addict, recklessly obsessed.

We are zombies of consumption, mindlessly craving the next buzz created by a clever catch-phrase, a sound-bite, an instant download, a one-click buy. This way of life is unsustainable. Worse, it’s soulless.

We are losing our humanity, those qualities that make our species remarkable: intelligence, reflection, compassion, connection, wisdom, creativity, and so much more. The whale surpasses us in altruism. The dolphin rises over our average intelligence. The memory of migratory species surpasses ours – few humans could trek from Canada to Mexico, let alone survive a week in the so-called wilderness. We excel at destructiveness, hoarding, and greed. And, while beavers also alter their environments, no species comes close to causing the types of massive environmental destruction as we do.

Humans possess the capacities to change our world, but we must activate and exercise them for life-enhancing change. We must wean ourselves off the shallowly consumptive corn syrup lives of instant gratification and continuous pleasure. We must restore our health, increase our awareness, apply our intelligence, access our fortitude and determination, and use these strengths to create a way of life that has a future on this planet.

And no one can do this for you. It is the lonely effort of millions, one non-click at a time, one news channel choice at a time, one non-purchase at a time. It is one hour spent in connection instead of consumption. It is one vacuous entertainment replaced with something that contains meaning and depth. It is one moment of mindless pleasure-seeking released in favor of cultivating awareness. This is the path of waking up, of snapping out of sleepwalking before you tumble off a cliff.

Once your eyes are open, look around. The whole culture is stumbling toward catastrophe. Shake the person next to you. Wake up your neighbors. Snatch your children back from disaster.

Take the corn syrup out of your diet of news, media, entertainment, social interactions, purchases, and more. Eat your vegetables of depth and meaning, knowledge, reflection, discourse, presence and awareness. A revolution is inner, outer, and utter, or else it fails to meet its full potential. Do your inner work … the personal is political because the political is getting personal. We need change on every level. Revolt against the shallow deadliness of our corn syrup nation. Take back your soul … and then let’s take back our country.

The Poison of Commercialization Where Everything Is Regarded As A Commodity by Graham Peebles + Kate Tempest: Tunnel Vision