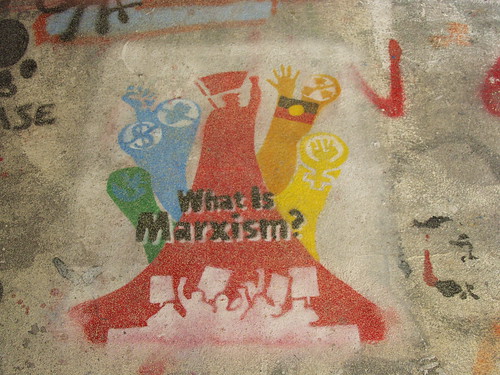 Left Out: David Harvey on Marx, Capital & the Madness of Economic Reason

Left Out, a podcast produced by Paul Sliker, Michael Palmieri, and Dante Dallavalle, creates in-depth conversations with the most interesting political thinkers, heterodox economists, and organizers on the Left.

In this episode, we speak with David Harvey about his latest book, Marx, Capital & the Madness of Economic Reason, as well as what the Left most focus on to effectively organize for a better economy and society.

David Harvey is arguably the most influential living geographer, as well as one of the world’s leading Marxist scholars. He is among the most cited intellectuals of all time across the humanities and social sciences.

Harvey currently works as distinguished professor of anthropology and geography at CUNY, where he has been teaching Marx’s “Capital: Critique of Political Economy” for more than four decades. His course on Marx’s Capital has been downloaded by over two million people internationally since appearing online in 2008.

Harvey is also a famous author of several bestselling books, including The Enigma of Capital, A Brief History of Neoliberalism, 17 Contradictions and the End of Capitalism, and many more.

His latest book, Marx, Capital and the Madness of Economic Reason (out today), makes the core of Karl Marx’s thinking in the three volumes of Capital clear and accessible for the lay reader, without compromising their depth and complexity.

Marx’s trilogy concerns the circulation of capital: volume I, how labour increases the value of capital, which he called valorisation; volume II, on the realisation of this value, by selling it and turning it into money or credit; and volume III, on what happens to the value next in processes of distribution.

As Harvey argues in our interview, most people who read Capital often stop after the 1,152 pages of Volume I, which is very problematic if you want to understand the workings of capital as a totality.

We ask Harvey why understanding all three volumes of Capital is so crucial, and why technological, economic and industrial change over the last 150 years makes Marx’s analysis more relevant now than ever.

In the last half of the discussion, we probe into whether it’s necessary for social movements today to develop a stronger institutional basis for understanding how capital and capitalism works, and ask Harvey what the Left most focus on to effectively organize for a better economy and society.

Please support Left Out on Patreon. We need your support to keep this show running! https://www.patreon.com/leftout

17 thoughts on “David Harvey: What is Neoliberalism? + Marx, Capital and the Madness of Economic Reason”