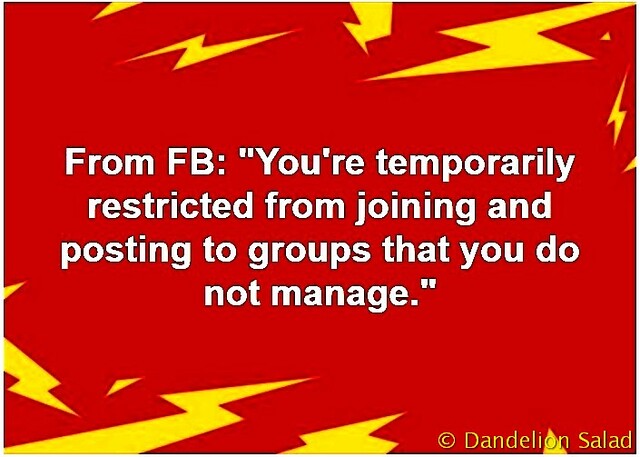 “You’re temporarily restricted from joining and posting to groups that you do not manage until Sunday, March 4, 2018 at 11:55am.” That’s the message I received from Facebook today.

I am very, very angry about this. There is no reason for this blocking. I only posted to 4 groups today and all were marked as “Spam” by FB. Of course, it is not Spam. 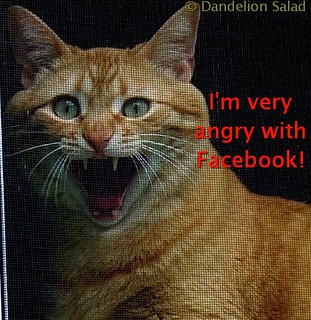 I have made an appeal but I did that last time it happened and it didn’t work. FB wants Pages to have to pay them to “boost” their posts. FB thinks all the Pages are for-profit businesses, which they are not.

Again I will need your help in sharing the posts on Facebook or other social media for the next few days, more so than usual.

Here is the post I tried to share in FB Groups today: Abby Martin: Corporate Lobbyists Use Intimidation, Not Bribery

Also today, a comment I made to a Page that shared today’s post that read, “Thanks for sharing.” was marked by Facebook as Spam! That is not the first time that has happened either, but it was the first time from a Page that I “Liked”.

Please help out and share these new posts with your friends on Social Media:

“Temporarily Restricted From Joining and Posting to Facebook Groups” by Lo

Liberals These Days are Largely Cold Warriors by William Blum

25 thoughts on “Dandelion Salad is in Facebook Jail, Again! by Lo”