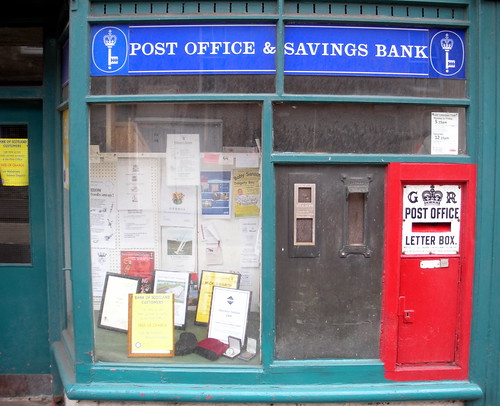 The US Postal Service, under attack from a manufactured crisis designed to force its privatization, needs a new source of funding to survive. Postal banking could fill that need.

The US banking establishment has been at war with the post office since at least 1910, when the Postal Savings Bank Act established a public savings alternative to a private banking system that had crashed the economy in the Bank Panic of 1907. The American Bankers Association was quick to respond, forming a Special Committee on Postal Savings Legislation to block any extension of the new service. According to a September 2017 article in The Journal of Social History titled “‘Banks of the People’: The Life and Death of the U.S. Postal Savings System,” the banking fraternity would maintain its enmity toward the government savings bank for the next 50 years.

As far back as the late 19th century, support for postal savings had united a nationwide coalition of workers and farmers who believed that government policy should prioritize their welfare over private business interests. Advocates noted that most of the civilized nations of the world maintained postal savings banks, providing depositors with a safe haven against repeated financial panics and bank failures. Today, postal banks that are wholly or majority owned by the government are still run successfully not just in developing countries but in France, Switzerland, Israel, Korea, India, New Zealand, Japan, China, and other industrialized nations.

The US Postal Savings System came into its own during the banking crisis of the early 1930s, when it became the national alternative to a private banking system that people could not trust. Demands increased to expand its services to include affordable loans. Alarmed bankers called it the “Postal Savings Menace” and warned that it could result in the destruction of the entire private banking system.

But rather than expanding the Postal Savings System, the response of President Franklin Roosevelt was to buttress the private banking system with public guarantees, including FDIC deposit insurance. That put private banks in the enviable position of being able to keep their profits while their losses were covered by the government. Deposit insurance along with a statutory cap on the interest paid on postal savings caused postal banking to lose its edge. In 1957, under President Eisenhower, the head of the government bureau responsible for the Postal Savings System called for its abolition, arguing that “it is desirable that the government withdraw from competitive private business at every point.” Legislation to liquidate the Postal Savings System was finally passed in 1966. One influential right-wing commentator, celebrating an ideological victory, said, “It is even conceivable that we might transfer post offices to private hands altogether.”

The push for privatization of the US Postal Service has continued to the present. The USPS is the nation’s second largest civilian employer after WalMart and has been successfully self-funded without taxpayer support throughout its long history; but it is currently struggling to stay afloat. This is not, as sometimes asserted, because it has been made obsolete by the Internet. In fact the post office has gotten more business from Internet orders than it has lost to electronic email. What has pushed the USPS into insolvency is an oppressive congressional mandate that was included almost as a footnote in the Postal Accountability and Enhancement Act of 2006 (PAEA), which requires the USPS to prefund healthcare for its workers 75 years into the future. No other entity, public or private, has the burden of funding multiple generations of employees yet unborn. The pre-funding mandate is so blatantly unreasonable as to raise suspicions that the nation’s largest publicly-owned industry has been intentionally targeted for takedown.

What has saved the post office for the time being is the large increase in its package deliveries for Amazon and other Internet sellers. But as Jacob Bittle notes in a February 2018 article titled “Postal-Service Workers Are Shouldering the Burden for Amazon,” this onslaught of new business is a mixed blessing. Postal workers welcome the work, but packages are much harder to deliver than letters; and management has not stepped up its hiring to relieve the increased stress on carriers or upgraded their antiquated trucks. The USPS simply does not have the funds.

Bittle observes that for decades, Republicans have painted the USPS as a prime example of government inefficiency. But there is no reason for it to be struggling, since it has successfully sustained itself with postal revenue for two centuries. What has fueled conservative arguments that it should be privatized is the manufactured crisis created by the PAEA. Unless that regulation can be repealed, the USPS may not survive without another source of funding, since Amazon is now expanding its own delivery service rather than continuing to rely on the post office. Postal banking could fill the gap, but the USPS has been hamstrung by the PAEA, which allows it to perform only postal services such as delivery of letters and packages and “other functions ancillary thereto,” including money orders, international transfers, and gift cards.

Meanwhile, the need for postal banking is present and growing. According to the Campaign for Postal Banking, nearly 28% of US households are underserved by traditional banks. Over four million workers without a bank account receive pay on a payroll card and spend $40-$50 per month on ATM fees just to access their pay. The average underserved household spends $2,412 annually – nearly 10% of gross income – in fees and interest for non-bank financial services. More than 30,000 post offices peppered across the country could service these needs.

The push to revive postal banking picked up after January 2014, when the USPS Inspector General released a white paper making the case for postal banks and arguing that many financial services could be introduced without new congressional action. The cause was also taken up by Sen. Elizabeth Warren and Sen. Bernie Sanders, and polling showed that it had popular support.

What this news mostly shows is that we shouldn’t rely on for-profit financial institutions to provide basic, essential services to the needy. We should rely on the post office.

In spite of what some of its customers may have thought, Bank of America never cared very much about its poorer depositors. That’s because banks don’t care about people. They care about profits. And lower-middle class households who have trouble maintaining a minimum balance in a checking account are, by and large, not very profitable customers, unless they’re paying out the nose in overdraft fees.

Those modest accounts won’t be hugely profitable for the Postal Service either, but postal banking can be profitable through economies of scale and the elimination of profit-taking middlemen, as postal banks globally have demonstrated. The USPS could also act immediately to expand and enhance certain banking products and services within its existing mandate, without additional legislation. According to the Campaign for Postal Banking, these services include international and domestic money transfers, bill pay, general-purpose reloadable postal cards, check-cashing, automated teller machines (ATMs), savings services, and partnerships with government agencies to provide payments of government benefits and other services.

A more lucrative source of postal revenue was also suggested by the Inspector General: the USPS could expand into retail lending for underserved sectors of the economy, replacing the usurious payday loans that can wipe out the paychecks of the underbanked. To critics who say that government cannot be trusted to run a lending business efficiently, advocates need only point to China. According to Peter Pham in a March 2018 article titled “Who’s Winning the War for China’s Banking Sector?”:

Neither foreign banks nor private domestic retail banks can compete with this very successful Chinese banking giant, which is majority owned by the government. And that may be the real reason for the suppression of postal banking in the US. Bankers continue to fear that postal banks could replace them with a public option – one that is safer, more efficient, more stable, and more trusted than the private financial institutions that have repeatedly triggered panics and bank failures, with more predicted on the horizon.

Saving the Post Office and Postal Banking: The Models of Kiwibank and Japan Post by Ellen Brown