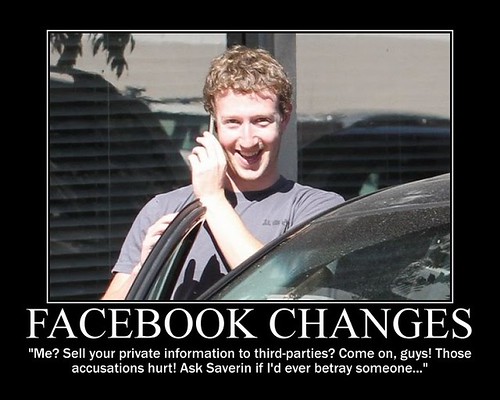 Now, at last, a real “election influence” scandal – and, laughably, it’s got nothing to do with Russia. The protagonists are none other than the “all-American” US social media giant Facebook and a British data consultancy firm with the academic-sounding name Cambridge Analytica.

Facebook’s chief executive Mark Zuckerberg is being called upon by British and European parliamentarians to explain his company’s role in a data-mining scandal in which up to 50 million users of the social media platform appear to have had their private information exploited for electioneering purposes.

Exploited, that is, without their consent or knowledge. Facebook is being investigated by US federal authorities for alleged breach of privacy and, possibly, electoral laws. Meanwhile, Cambridge Analytica looks less an academic outfit and more like a cheap marketing scam.

Zuckerberg has professed “shock” that his company may have unwittingly been involved in betraying the privacy of its users. Some two billion people worldwide are estimated to use the social media networking site to share personal data, photos, family news and so on, with “friends”.

Now it transpires that at least one firm, London-based Cambridge Analytica, ran a profitable business by harvesting the publicly available data on Facebook for electioneering purposes for which it was contracted to do. The harvested information was then used to help target election campaigning.

Cambridge Analytica was reportedly contracted by the Trump campaign for the 2016 presidential election. It was also used during the Brexit referendum campaign in 2016 when Britons voted to leave the European Union.

This week the British news outlet Channel 4 broadcast a stunning investigation in which chief executives at Cambridge Analytica were filmed secretly boasting about how their firm helped win the US presidential election for Donald Trump.

More criminally, the data company boss, Alexander Nix, also revealed that they were prepared to gather information which could be used for blackmailing and bribing politicians, including with the use of online sex traps.

The repercussions from the scandal have been torrid. Following the Channel 4 broadcast, Cambridge Analytica has suspended its chief executive pending further investigation. British authorities have sought a warrant to search the company’s computer servers.

Moreover, Zuckerberg’s Facebook has seen $50 billion wiped of its stock value in a matter of days. What is at issue is the loss of confidence among its ordinary citizen-users about how their personal data is vulnerable to third party exploitation without their consent.

Cambridge Analytica is just the tip of an iceberg. The issue has raised concerns that other third parties, including criminal identity-theft gangs, are also mining Facebook as a mammoth marketing resource. A resource that is free to exploit because of the way that ordinary users willingly publish their personal profiles.

The open, seemingly innocent nature of Facebook connecting millions of people – a “place where friends meet” as its advertising jingle goes – could turn out to be an ethical nightmare over privacy abuse.

Other social media companies like Amazon, Google, WhatsApp and Twitter are reportedly apprehensive about the consequences of widespread loss of confidence among consumers in privacy security. One of the biggest economic growth areas over the past decade – social media – could turn out to be another digital bubble that bursts spectacularly due to the latest Facebook scandal.

But one other, perhaps more, significant fallout from the scandal is the realistic perspective it provides on the so-called “Russiagate” debacle.

For well over a year now, the US and European corporate news media have been peddling claims about how Russian state agents allegedly “interfered” in several national elections.

The Russian authorities have consistently rejected the alleged “influence campaigns” as nothing but a fabrication to slander Russia. Moscow has repeatedly asked for evidence to verify the relentless claims – and none has been presented.

The US congress has carried out two probes into “Russiagate” without much to show for their laborious endeavors. A special counsel headed up by former FBI chief Robert Mueller has spent millions of taxpayer dollars to produce a flimsy indictment list of 19 Russian individuals who are said to have run influence campaigns out of a nondescript “troll farm” in St Petersburg.

It still remains unclear and unconvincing how, or if, the supposed Russian hackers were linked to the Russian state, and how they had any impact on the voting intentions of millions of Americans.

Alternatively, there is plausible reason to believe that the so-called Russian troll farm in St. Petersburg, the Internet Research Agency, may have been nothing other than a dingy marketing vehicle, trying to use the internet like thousands of other firms around the world hustling for advertising business. Firms like Cambridge Analytica.

The whole Russiagate affair has been a storm in a teacup, and Mueller seems to be desperate to produce some, indeed any, result for his inquisitorial extravaganza.

The amazing thing to behold is how the alleged Russian “influence campaign” narrative has become an accepted truth, propagated and repeated by Western governments and media without question.

The purported Russiagate allegations have led to a grave deepening of Cold War tensions between Western states and Russia to the point where an all-out war is at risk of breaking out.

No proof or plausible explanation has ever been provided to substantiate the allegations of a Russian state “influence campaign’. The concept largely revolves around innuendo and a deplorable prejudice against Russia based on irrational Cold War-style Russophobia.

However, one possible beneficial outcome from the latest revelations of an actual worldwide Facebook election-influence campaign, driven by an ever-so British data consultancy, is that the scandal puts the claims against Russia into stark, corrective perspective.

A perspective which shows that the heap of official Western claims against Russia of “influencing elections” is in actual fact negligible if not wholly ridiculous.

It’s a mountain versus a hill of beans. A tornado versus a storm in a teacup. Time to get real on how Western citizens are being really manipulated by their own consumer-capitalist cultures.

“An Idiot Surrounded by Clowns”: Why Trump (Still) Sits in the White House by Paul Street

8 thoughts on “Facebook Scandal Blows Away “Russiagate” by Finian Cunningham”