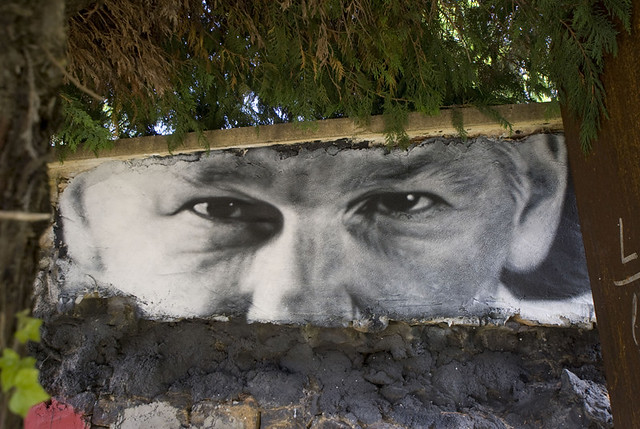 In this letter, twenty-seven writers, journalists, film-makers, artists, academics, former intelligence officers and democrats call on the government of Ecuador to allow Julian Assange his right of freedom of speech.

If it was ever clear that the case of Julian Assange was never just a legal case, but a struggle for the protection of basic human rights, it is now.

Citing his critical tweets about the recent detention of Catalan president Carles Puidgemont in Germany, and following pressure from the US, Spanish and UK governments, the Ecuadorian government has installed an electronic jammer to stop Assange communicating with the outside world via the internet and phone.

As if ensuring his total isolation, the Ecuadorian government is also refusing to allow him to receive visitors. Despite two UN rulings describing his detention as unlawful and mandating his immediate release, Assange has been effectively imprisoned since he was first placed in isolation in Wandsworth prison in London in December 2010. He has never been charged with a crime. The Swedish case against him collapsed and was withdrawn, while the United States has stepped up efforts to prosecute him. His only “crime” is that of a true journalist — telling the world the truths that people have a right to know.

Under its previous president, the Ecuadorian government bravely stood against the bullying might of the United States and granted Assange political asylum as a political refugee. International law and the morality of human rights was on its side.

Today, under extreme pressure from Washington and its collaborators, another government in Ecuador justifies its gagging of Assange by stating that “Assange’s behavior, through his messages on social media, put at risk good relations which this country has with the UK, the rest of the EU and other nations.”

This censorious attack on free speech is not happening in Turkey, Saudi Arabia or China; it is right in the heart of London. If the Ecuadorian government does not cease its unworthy action, it, too, will become an agent of persecution rather than the valiant nation that stood up for freedom and for free speech. If the EU and the UK continue to participate in the scandalous silencing of a true dissident in their midst, it will mean that free speech is indeed dying in Europe. This is not just a matter of showing support and solidarity. We are appealing to all who care about basic human rights to call on the government of Ecuador to continue defending the rights of a courageous free speech activist, journalist and whistleblower.

We ask that his basic human rights be respected as an Ecuadorian citizen and internationally protected person and that he not be silenced or expelled.

We call on President Moreno to end the isolation of Julian Assange now.

Joseph Farrell, WikiLeaks Ambassador and board member of The Centre for Investigative Journalism

Clinton, Assange and the War on Truth by John Pilger