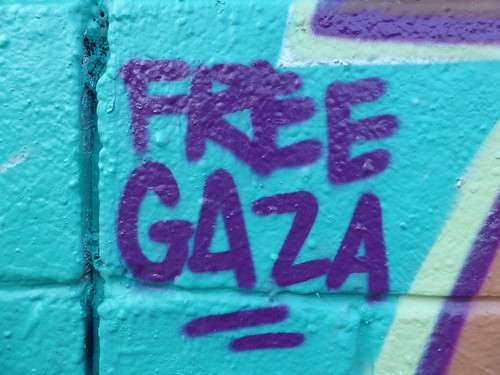 This June will mark 12 years of a crushing and unlawful land, air and sea Israeli-Egyptian blockade on the Gaza Strip.

Widespread feelings of depression and despair, paired with hopelessness and helplessness, have made everyday life simply unbearable in the enclave. With frequent Israeli raids and military operations against a population under siege and defenceless adding to the plight, many are left feeling vulnerable.

The living conditions for the nearly two million people in the Gaza Strip are deteriorating “further and faster”, a United Nations report said last year. The real gross domestic product (GDP) per capita had decreased and the provision of health services continue to decline in Gaza, with the UN predicting that the enclave will become “unliveable” by 2020.

Gazans have demonstrated an admirable capacity for resilience in the face of such adversity, but how much more can they muster when confronted by unrelenting structural, physical and psychological violence on a near-to daily basis by Israeli forces?

It has been estimated that as many as 20 percent of Gaza’s people may have developed serious mental health conditions, with around 360,000 people requiring mental health or psychosocial interventions, according to a report by the World Health Organisation.

An inevitable increase in chronic and acute mental health disorders has affected all, not even sparing the young, with the rate of severe post-traumatic stress disorder [PTSD] among children living in bombarded areas of Gaza recorded at 54 percent.

Those suffering from PTSD often relive traumatic events through nightmares and flashbacks, and many experience feelings of isolation, irritability and guilt.

“Military offensives on Gaza have had an undeniable impact on the mental health and psychological wellbeing of the population,” the WHO report said.

Average Palestinians are trapped in a “sad reality” and their daily lives are “getting more and more wretched”, added the report.

A WHO study conducted after the 2008-2009 offensive found that 91 percent of adolescents had seen mutilated bodies on television, 86 percent had heard or seen artillery shelling or jet fighters and 67 percent of people had witnessed deaths as a result of rocket attacks.

Most reported some symptoms of PTSD, such as re-experiencing, avoidance or hyperarousal, with 30 percent of those interviewed reporting symptoms meeting the criteria for a full diagnosis of PTSD.

Other environmental stressors are also adding to the extreme emotional trauma experienced by Gazans. There is a severe restriction on the freedom of movement for people and goods, leaving many to feel trapped in what is known as an “open air prison”.

An electricity shortage, high rates of unemployment, especially among the youth, and a permanent state of stress, fear and insecurity have all contributed to the deterioration of an already dire situation.

UN Secretary General Antonio Guterres visited the Gaza Strip in August and was left “deeply moved” by the sheer extent of the humanitarian crisis to which he bore witness.

Guterres said $4 million dollars would be released from the UN emergency relief fund, as he called for more aid to help alleviate the scale of suffering endured by millions of Gazans, whose rights to both primary and mental health and human rights are violated daily.

However, earlier this year, the US froze tens of millions of dollars to the Palestinian refugee agency UNRWA, leaving it in a funding crisis.

Trump said Washington – one of the main UNWRA donors – would be withholding $65 million of a $125 million dollar budget allocated to the agency.

A prolific tweeter, Trump wrote: “We pay the Palestinians HUNDRED OF MILLIONS OF DOLLARS a year and get no appreciation or respect.”

Following the announcement, NRC Secretary General Jan Egeland warned that the most vulnerable Palestinians, including those in refugee camps across the region, would be at most risk.

“Cutting funds to UNRWA will achieve nothing except push millions of Palestinians further into poverty and despair, taking food from their tables, the roofs above their heads, and the schools they send their children to,” he warned.

Days after Trump’s threat, close ally Israeli Prime Minister Binyamin Netanyahu called for UNRWA to be closed down, saying “UNRWA is an organisation that perpetuates the Palestinian refugee problem”.

In response, Guterres, putting it very clearly, said: “First of all, UNRWA is not a Palestinian institution, UNRWA is a UN institution.”

Since the Trump-initiated aid cut, UNRWA has issued an emergency appeal for $800 million of funding.

UNRWA runs schools for Palestinian refugees in the Gaza Strip. It also distributes aid and provides teacher training centres, health clinics and social services. Many analysts, including Israelis, warn that closing the agency without having an effective replacement could lead to further poverty and perhaps violence in the region.

The UN agency, set up as a lifeline by the international community, is now caught in the ideological crosshairs of the US and Israeli administrations, amounting to another form of aggravated collective punishment for the people of Gaza.

Amid the political threats, aid cuts and an all-time low relationship between the US and the Palestinian Authority [PA], a timely World Bank report was presented to donors during a meeting in March, putting Gaza at the heart of the issue.

The World Bank report said that the decade-long blockade in Gaza continued to hollow out the productive sector and had prevented the economy from achieving its potential. Gaza’s economic growth had plummeted from eight percent in 2016 to 0.5 percent last year.

Access and quality of basic services such as electricity, water and sewerage were found to be rapidly deteriorating and posing grave health risks, while unemployment rates continued to be high – reaching 44 percent in Gaza – even with low labour force participation.

The World Bank said that the cuts to UNRWA funding – one of the main providers of jobs and services in Gaza – was an additional destabilising factor.

“In fact, the cuts could risk income loss to 18,000 staff, and even more when counting their dependents,” the report noted, adding that additional aid would be needed to avoid financial exacerbations.

The potential reconciliation between the Gaza and West Bank leaderships, a positive step for the territories overall, could yet increase the expected financing gap for 2018 from $440 million to $1 billion and measures proposed by the Palestinian Authority will not be enough to close the gap. The report said that it would resort to domestic sources of financing, including debt from local banks and arrears to the private sector and the pension fund, which could “eventually choke the economy with negative consequences on suppliers, banks and ultimately growth and tax generation”.

“While additional aid is needed to provide humanitarian relief in the short term and ease the fiscal stress, it cannot continue to substitute for long term measures,” said Marina Wes, World Bank Country Director for the West Bank and Gaza.

In the long term, aid will not be able to provide the impetus for growth, nor can it reverse Gaza’s de-development.

Gaza’s economic climate is not able to offer jobs and incomes, leaving huge numbers of people in despair, particularly among the youth.

Gaza’s exports are a fraction of their pre-blockade level and the manufacturing sector has shrunk by as much as 60 percent over the past 20 years.

“The economy cannot survive without being connected to the outside world,” the report said, and “any effort at economic recovery and development must address the impacts of the current closure regime.”

In such an embattled context, it is no suprise mental health is on the decline in the enclave. Professionals themselves are under enormous strain and are striving to do what they can to help with ever fewer resources and in ever more difficult circumstances.

previously published at The New Arab

Soraya Boyd is Founder and CEO of Facilitate Global, a London-based human rights NGO, a language teacher and writer whose work has been published in several media organisations and other NGOs. She can be contacted at soraya.boyd@facilitateglobal.org.