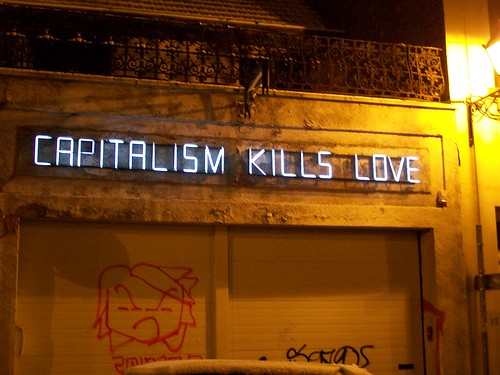 Our society is besieged by a series of interconnected crises. Millions of people around the world know this and are crying out for change, for a different way of living, for justice, peace and freedom.

Political leaders, Prime Ministers, Presidents and the like, are apparently incapable of responding to these demands; they do not understand the depth of the anguish or the complex interconnected nature of the problems. Instead of presenting new possibilities and working for peace and social harmony, they do all they can to maintain the divisive status quo and act in accordance with the past. But life is not static, it cannot be contained within any ideology – religious, political/economic or social – all must change to accommodate the new. And ‘the new’ is now flooding our world, stimulating change, demanding response and accommodation.

The world and the individual are one; for substantive change to occur this basic fact must be acknowledged; responsibility for the world rests firmly with each and every one of us. If we are to heal the planet and create harmony in the world change is imperative, but it must first of all take place within the individual. Over the last 40 years or so a gentle, yet profound shift in attitudes has indeed been taking place within large numbers of people; the increased level of social-political participation and in many nations revolt against historical injustice and suppression testify to this development. Whist this is extremely positive, urgent and fundamental change is required if the many issues facing humanity are to be overcome and a new way of living set in motion.

What are the crises facing humanity: The environmental catastrophe and war – conventional and nuclear – global poverty, inequality, terrorism, the displacement of people, and, festering beneath all of these, the socio-economic systems under which we all live. These issues, and they are but the most pressing, are the effects of certain ideals and conditioned ways of thinking; they are the results of the underlying crisis, what we might term the Crisis in Consciousness, or the Crisis of Love. Not sentimental, emotional love, but love as a unifying force for liberation and change. Love as the Sword of Cleavage, as the exposer of all that is false, unjust and corrupt in our world.

‘Society’, large or small, is a reflection of the consciousness of those who constitute that society; it is formed by the values, relationships and behaviour consistently and predominantly expressed by the people within it. Such expressions are to a large degree the result of socio-psychological conditioning, poured into the minds of everyone from birth by parents and peers, friends and educators, the media and political propaganda. This conditioning pollutes the mind, distorts behaviour and creates a false sense of self. It colours every relationship and forms the corrupt foundations upon which our lives are set. From this polluted centre, filled as it is with selfishness, competition, nationalism and religious ideologies, action proceeds and the divisive pollution of the mind is externalized. Where there is division conflict follows, violent conflict or psychological conflict, community antagonism or regional disputes.

For lasting change to take place, for peace and justice to flower, we must do all we can to break free of this inhibiting conditioning and in so doing cease to add to the collective pollution. The instrument of release in this battle is awareness: Observation and awareness are synonymous. In choiceless observation there is awareness – awareness of the values, motives and ideals conditioning behaviour. In the light of such awareness, unconscious patterns are revealed, and through a process of non-engagement can, over time, be negated and allowed to fall away.

Through competition, fear and ‘ism’s of all kinds we have divided life up; separated ourselves from the natural environment and from one another. The prevailing economic system encourages such divisions; individuals are forced to compete with one another, as are cities, regions and nations. Competition feeds notions of separation and nationalism, ‘America First’ and Brexit being two loud examples of countries, or certain factions within these countries, following a policy which they mistakenly believe to be in their nation’s interest, meaning their economic interest. Such divisions work against the natural order of things by strengthening the illusion of separation.

The natural environment is an integrated whole, humanity is One and an essential part of that whole; the realization of unity in human affairs however is dependent upon social justice, and this is impossible within the constraints of the current economic model, which is inherently unjust. Neo-Liberalism is a major source of the psychological and sociological conditioning which is polluting the mind and society; creative alternatives that challenge the orthodoxy, which proclaims ‘there is no alternative’, must be cultivated and explored.

New criteria need to be established for any alternative economic model; the acknowledgment that human need is universal and should be universally met, and that nobody ‘deserves’ to live a life of suffering and hardship simply because of their place and family of birth. Sharing is a key principle of the time; it must be placed at the heart of our lives and of any new socio-economic structures. Not just sharing of the natural ‘God-given’ resources of the world, but of space, ideas, knowledge and skills, all should be distributed based on need, not bought and sold based on wealth and power. The recognition that humanity is one is crucial in bringing about the needed transformation in consciousness; sharing flows quite naturally from the acknowledgment of this fact and by its expression encourages a shift in attitudes away from the individual towards the group, thus strengthening social cohesion and unity.

Sharing, justice and freedom are vibrant expressions of Love and the Crisis in Consciousness is itself the consequence of a Lack of Love. Like virtually every aspect of life, love has been perverted, distorted and trivialized. Love is not desire, it is not dependent on anything or anyone for it’s being: Love is the nature of life itself. Remove the psychological clutter and Love will shine forth, bringing clarity and lasting change, within the individual and by extension society.

Message of the Day: A New Way of Love

8 thoughts on “Crisis in Consciousness by Graham Peebles”