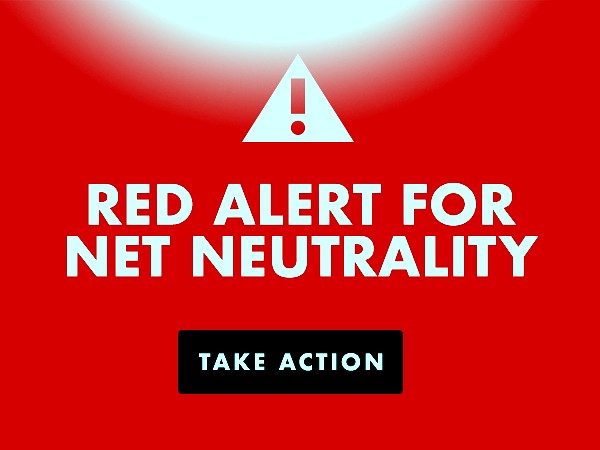 Several dozen websites and organizations are launching a campaign in support of net neutrality ahead of an upcoming US Senate vote on whether to rescind the FCC’s decision to get rid of net neutrality. Craig Aaron on Free Press discusses the plan and the prospects.

The Senate voted to save net neutrality. Now we need the House of Representatives to do the same, or else the FCC will let ISPs like Comcast and Verizon ruin the internet with throttling, censorship and unnecessary fees. Write your lawmakers now!

Take Heart From the Example of Salt by Rivera Sun + What’s Next for Net Neutrality?

The FCC’s Plan to End Net Neutrality: What You Need to Know by Candace Clement + Take Action! (updated)

The Internet is Under Attack–Save Net Neutrality

Nothing is More Important Right Now Than Preserving Net Neutrality