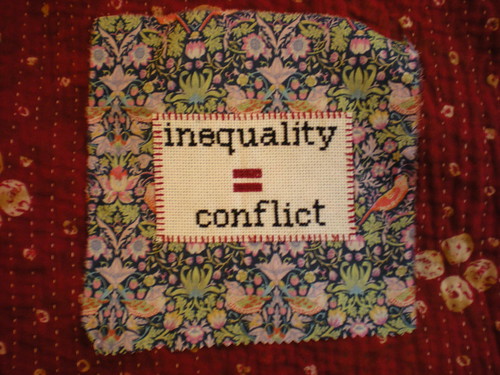 Within many areas of contemporary life there is a growing momentum for fundamental change. Inequality and injustice are being resolutely challenged and environments in which Right Relationships can evolve are being consistently and powerfully demanded. The establishing of right relationships is a principle hallmark of the unique times we are living in, it sits alongside those other perennial values of goodness: justice freedom and sharing; qualities that have been held deep within the hearts of humanity for eons though consistently denied and not expressed.

Our current modes of living are characterized by certain dominant ideals: competition; reward and punishment; and desire being some of the leading players. Individually each of these creates divisions; collectively they form an interwoven barrier to all forms of right relationship, a barrier that at times seems impenetrable. Such habitual ways of living are rooted in a view of human nature which maintains that humanity is inherently competitive and selfish, and that desire for personal gain, pleasure and power is not only inevitable but is actually a positive thing, driving personal development and collective gain. Devotees of this view hold that without such motivating forces most people would be overcome by lethargy and do nothing – and then where would we be?

This argument, ardently promoted by the patrons of the socio-economic order, encourages the adoption of values and ways of living that are not only detrimental to the well-being of human beings, it is utterly false. Humanity is a group; we are brothers and sisters of one humanity – this is a fact all of us know or sense to be true, however faintly. Mankind’s early survival depended upon the ability to work collectively, and so it is again now. We must learn to cooperate once more, to build sharing into our lives and to cultivate right relationships with one another — across national boundaries, race, religions and gender, within ourselves and between humanity and the natural world.

Exploitation, prejudice and intolerance in whatever form constitute the antithesis of right relationship. This destructive, violent trinity occurs in all parts of the world; flowing primarily from ignorance, poverty and inequality it is perpetuated by the current economic system and the architecture of democracy, which revolves around money and big business. Right relationships are corrupted when excessive wealth and power reside in the hands of a privileged elite, such imbalances cultivate false notions of self-worth — high and low – feeding the destructive duality of dependency and entitlement.

Right relationship within all areas of society depends upon a number of interlocking values being in place, complementary colors that when made manifest result in harmony. Social justice is essential and this requires that equality be established: equality of opportunity; gender and race equality, equality before the law, and equality within systems of democratic governance — where equality should be inherent but is often absent. Tolerance and understanding are also required, tolerance of differences, of alternative views, beliefs and practices; tolerance of the unfamiliar, tolerance of ‘the other’, of mistakes and of failure (something education and many parents need to adopt); the freedom to say, ‘I don’t know’, and to thereby allow the brain to be quiet.

The pressure to succeed, or at least not to fail, is colossal, particularly amongst young people who face enormous pressure to adopt the all-pervasive material values, which champion individual success and stigmatize failure. This pressure is a major obstacle to the creation of right relationship within oneself and with others and is a primary cause of stress and anxiety. Fragmentation adds to the internal disharmony, which flows out into the collective atmosphere in which we all live, feeding social tensions and divisions, denying peace – or rather shattering peace, for, free from disorder, peace eternally IS.

Collective harmony relies on there being right relationship with all living forms and the complex ecological patterns of life of this most beautiful world. In order to establish this, the way we live needs to fundamentally alter. In developed nations and increasingly in developing regions, life for many has been reduced to a materialistic game of consumption and hedonism, and both are as poisonous as each other. Consumerism is the root ingredient in the global catastrophe that is climate change. Sold as a way of life by its chief benefactors, it provides a hollow imitation of happiness called pleasure and builds an addictive prison of dependency and attachment in which mental illnesses and environmental abuse proliferate. Through the agitation of desire on which its survival is dependent, discontent, disharmony and disease are caused and maintained, all of which deny the manifestation of right relationship with oneself, with others and with the abundant earth.

If social harmony, peace and environmental integrity are to be brought about, right relationship within the individual is essential. It all begins, and indeed ends with us, with the way we live our daily lives; the way we think, speak and act. Actions that proceed from a position of selfishness and attachment trample on right relationships and result in conflict and suffering; when harmlessness and responsibility are the guiding principles harmony arises. The recognition that humanity is one is the primary requirement for change; the realization of this fundamental fact will light a fuse of truth and clarity that will burn away all that is false, all that divides and all that denies right relationships.

Graham Peebles is an independent writer and charity worker. He set up The Create Trust in 2005 and has run education projects in India, Sri Lanka, Palestine and Ethiopia where he lived for two years working with street children, under 18 commercial sex workers, and conducting teacher training programmes. He lives and works in London. www.grahampeebles.org

Crisis in Consciousness by Graham Peebles