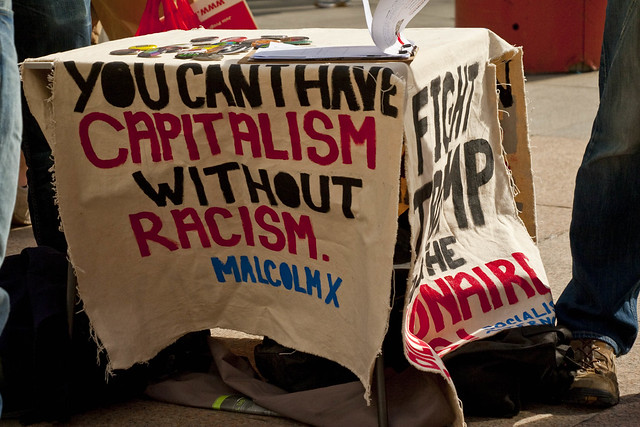 “W.E.B. Du Bois, more than any intellectual this nation produced in the first half of the 20th century, explained America to itself. He did this not only through what he called the “color line” but by exposing the intertwining of empire, capitalism and white supremacy. He deftly fused academic disciplines. He possessed unwavering integrity, a deep commitment to the truth, and the courage to speak it. That he was brilliant and a radical was bad enough. That he was brilliant, radical and black terrified the ruling elites. He was swiftly blacklisted, denied the professorships and public platforms that went to those who were more obsequious and compliant. Du Bois had very few intellectual rivals—John Dewey perhaps being one, but Dewey failed, like nearly all white intellectuals, to grasp the innate violence and savagery of the American character and how it was given its natural expression in empire.

“Regeneration and purification through violence is the credo of the American empire. D.H. Lawrence, like Du Bois, saw it, and said, “The essential American soul is hard, isolate, stoic, and a killer.” The pillars of American capitalism are genocide and slavery. America was not blessed by God. It was blessed, if that is the right word, by producing the most efficient killing machines and trained killers on the planet. It unleashed industrial violence on its enemies abroad and empowered armed white vigilante groups and gun thugs—the slave patrols, the Ku Klux Klan, the White Leagues (the armed wing of the Democratic Party), the Baldwin Felts and Pinkertons—to perpetrate a domestic reign of terror against blacks, Native Americans, Mexicans, Chinese, abolitionists, Catholics, radicals, workers and labor organizers. The ideological descendants of these killers have mutated into white hate groups and militarized law enforcement that terrorize immigrants and undocumented workers, Muslims and people of color trapped in our internal colonies. This bloody visage is the true face of America.”

“Progressive”: Does its Meaning Depend on Whatever the Clintons Think is “Progress”? by Rob Hager

African Americans and the struggle for socialism, 1901-1925 By Abayomi Azikiwe

Can the working class unite? by Jen Roesch

Chris Hedges and Richard D. Wolff at the Left Forum 2015: Marx: The System is the Problem