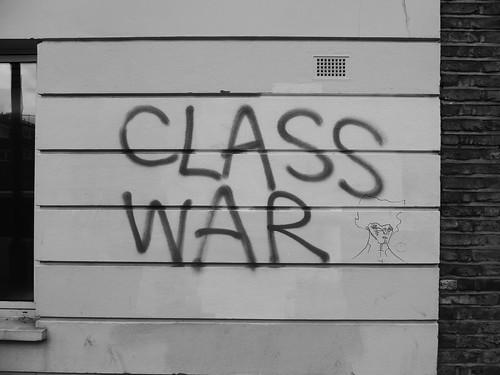 Year on year the economic divisions and sub-divisions in the world deepen, the associated social ills increase: The rich, comfortable, and the very extremely rich keep getting richer, and the rest, well, whilst some may be raised up out of crippling poverty into relative poverty, the majority of people continue to live under a blanket of economic insecurity and largely remain where they are.

Straddling the global ladder of economic and social division sit the Multi-Billionaires (there are now 2,208 billionaires), 42 of whom (down from 61 in 2016), according to a recent report by Oxfam, own the same amount of wealth as the poorest half of humanity combined. Together with their lesser cohorts this coterie of Trillionaires sucked up “eighty-two percent of the wealth generated [in the world] last year…while the 3.7 billion people who make up the poorest half of the world saw no increase in their wealth.”

The defining challenge of our time

Income and wealth inequality is not simply a monetary issue, it is a complex social crisis that supports and strengthens notions of superiority and inferiority, and was described by President Barack Obama in 2013 as “the defining challenge of our time.”

Today’s obscene levels of inequality are the result of the Neo-Liberal economic system. This extreme form of capitalism took hold first in America and Britain in the early 1980s when Reagan and Thatcher ruled, workers’ rights were trampled on, ‘society’ was a dirty word and community responsibility was abandoned to selfishness and greed. With the aid of the World Bank and the IMF, Neoliberalism swiftly spread throughout the world, polluting life in every city, town and village with its divisive, cruel ideology. Commercialization and competition are key principles and have infiltrated every area of contemporary life; everything and everyone is seen as a commodity, and the size of one’s bank account determines the level of health care, education and housing available, as well as one’s access to culture and freedom to travel.

Social injustice is inherent in the system, as is inequality, which is itself a major form of injustice. Inequality strengthens deep-seated social imbalances based on class and social standing, and in a world where everything is classified, commercialized and priced; i.e., attributed value, external wealth and position have become the common criteria for determining the internal worth of a human being. Comparison and imitation follow, individuality is perverted and fear fostered; fear of inadequacy, fear of failure, fear of not being loved, because not ‘deserving’ love, not being able to ‘afford’ love. Resentment, anger and self-loathing are fed, leading to a range of mental health issues, including anxiety, depression and drug and alcohol addiction.

The impact of financial inequality on the health and well being of society has been extensively studied by Richard Wilkinson, British co-author of Spirit Level, Professor Emeritus of Social Epidemiology at the University of Nottingham. In order to establish national levels of inequality Wilkinson and his team used a benchmark based on how much richer the top 20% is to the bottom 20%: Japan and Scandinavia (Finland, Norway, Sweden, Denmark) came out most equal, and now, Slovenia and the Czech Republic have moved towards this group. Israel, New Zealand, Australia, Britain, Portugal and USA were found to have the greatest levels of inequality, and by some margin. Recent data suggests that Russia, South Africa and Turkey should now be added to the most unequal pile. Germany, Spain and Switzerland sit somewhere in the middle.

Data relating to a range of social issues was examined: The most unequal countries were found to have lower life expectancy than more equal societies, higher infant mortality, many more homicides, larger prison populations (by 10-15 times), applied longer sentences; had higher teenage pregnancies, lower mathematic/literacy levels, more obesity, less social mobility, and, according to The World Value Survey, a great deal less trust. In more equal countries, like Sweden and Norway, around 65% of people trust others, whereas in unequal societies like America a mere 15% admitted to trusting their fellow citizens.

In all areas, countries with high levels of inequality did worse, in many cases much worse, than more equal nations. Mental health, for example, (figures from the World Health Organization): In Japan around 8% of the population suffers from some form of mental health issue, compared to 30% in America. Children are considerably healthier in more equal countries – based on UNICEF’s Index of Child Well-Being – and feel a good deal happier. Wilkinson concludes, “What we’re looking at is general social dysfunction related to inequality. It’s not just one or two things that go wrong, it’s most things.”

If one of the primary purposes of any socio-economic system is to create environments in which human beings can grow and live happily together, then the nations suffering under the shadow of inequality need to learn from Sweden, Norway, Denmark and Finland, which are not just the least unequal, they are also the happiest countries in the world. Throughout Scandinavia public services – education (which is probably the best in the world), health care and housing, are valued, and taxes levied in order to fund them properly; there are greater levels of social justice, this allows for trust to develop, and where there is trust relationships flower. The extremes of staggering wealth and stifling poverty don’t exist as they do in the more unequal parts of the world; social mobility is greater and the dream of betterment more realistic, as Richard Wilkinson says, “if Americans want to live the ‘American dream’ they should go and live in Denmark.”

The first duty of government is to protect the people; this involves not only dealing with terrorism and the like, but requires the development of socio-economic policies that contribute to the creation of a healthy harmonious environment. By supporting extreme inequality (which has been shown to fuel a range of social issues) governments in the more unequal countries are totally failing in this fundamental duty. Politicians, who in many cases rely on big business and wealthy benefactors for their funding, are either blind to, or negligent of, the inherent faults of the current system, and the unhealthy, negative way of life it supports.

The case for fundamental change in the economic order, and a shift away from the destructive values it promotes is becoming irrefutable; however, change occurs only gradually and resistance is great. In the meantime, governments (particularly in the most unequal states) need to acknowledge the connection between the dysfunction and disease within society and their socio-economic methodology, which is literally making people ill, as well and poisoning the natural world. They need to invest properly in public services, address wage differences, ban bonuses, introduce progressive tax reform, and, unlike America and France which are taking retrograde steps by designing tax codes which will fuel inequality, look to the Scandinavian countries and learn from their example.

For too long socio-economic systems have been designed and maintained to cater to the desires and interests of a privileged few, while the majority live inhibited lives under the shadow of financial uncertainty. For harmonious societies to evolve this long-standing injustice needs to be addressed and a degree of balance found. This requires that those whose table is full to overflowing share some of their bounty, so that all may have enough, not excess, enough.

As a wise man has said, “The rich must give up what they want, so that the poor can have what they need.” What the rich and comfortable must give up is greed (another car, another house, more designer clothes, etc.), what the rest need is freedom from economic insecurity and the fear of destitution, freedom from exploitation and dependency; secure, comfortable, and well-designed accommodation, and access to good education, health care and culture. Such essential needs are the rights of all; when made manifest they go a long way towards establishing social justice, and where there is social justice, functional, compassionate communities do evolve, conflict is reduced and collective harmony is cultivated.

Graham Peebles is an independent writer and charity worker. He set up The Create Trust in 2005 and has run education projects in India, Sri Lanka, Palestine and Ethiopia where he lived for two years working with street children, under 18 commercial sex workers, and conducting teacher training programmes. He lives and works in London. grahampeebles.org

12 thoughts on “Inequality, Social Dysfunction and Misery by Graham Peebles”