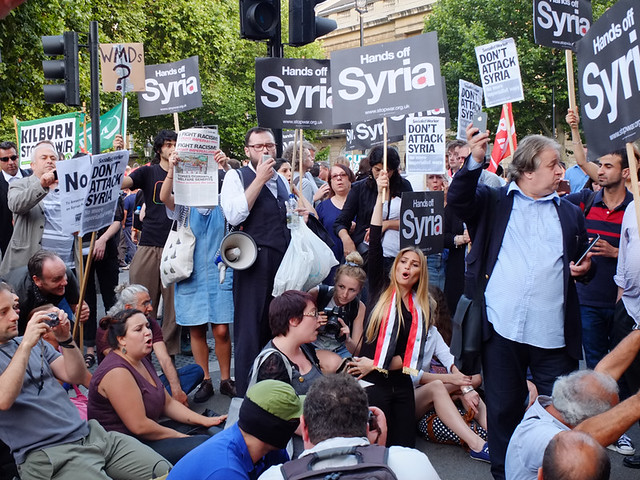 I also said that nobody involved, least of all the United States, was right.

Not only would the United States and the world be infinitely better off if in response to 9/11 the U.S. government had done nothing at all, as Jon Schwartz tweets each year, but Syria would be dramatically better off if just about any outside force had never gotten in or now got out.

Here’s my 5-step plan for Syria:

Cornered Rats. What to Do? + Skripal and Syria… The Imperative of Criminalizing Russia by Finian Cunningham + Roger Waters’ White Helmet Terrorists Speech

Corbyn VS Corker by David Swanson + Wilkerson: War Powers is the Surest Way to Tyranny

4 thoughts on “Leave Syria the Hell Alone by David Swanson”