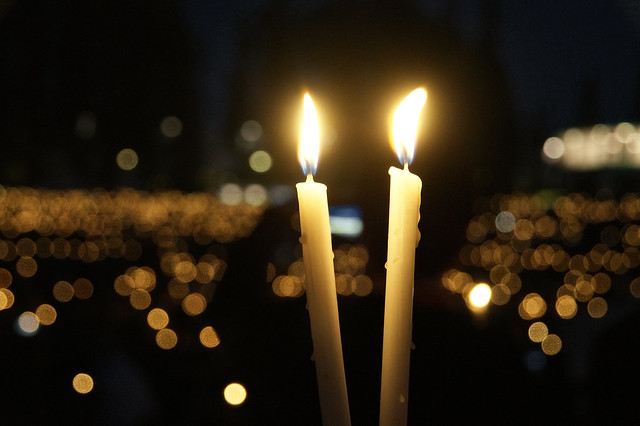 The Essays of The Man From the North by Rivera Sun
Writer, Dandelion Salad
Originally published Nov. 16, 2017
September 17, 2018

Despair rides in front of our opposition, an invisible wind that blows like plague through our hearts. Here, our stand begins. Moment-by-moment, day-by-day, we must keep despair at bay in the siege waged by the forces of destruction and greed.

I have written about the three treasures – courage, hope, and joy – and how the foes of life and love seek to steal or destroy them. Guard the three treasures well. Thieves come in the guises of both friends and enemies. Without courage, hope, and joy, despair can crumble the strongest to their feet. It can cripple the smartest minds. It can weaken the boldest hearts. It spreads, infectious, from one person to the next, until the whole of a populace sinks to its knees, and the armies of greed and destruction trample over us.

Here is how to thwart despair and deny this invisible fiend any toehold in your heart: first, collect stories of the good, the kind, the loving, and the hopeful. Gather them in the storehouse of your mind. When despair begins to sneak in through the cracks in your hope, hold up these stories to push back. Remember the examples of successes and victories. Think about people who made change when it all seemed impossible. Invoke the characters both historic and living that continue to inspire you in your own life. Borrow strength from the tangible, honest stories of sheer goodness: people who care for the weak, the laughter of children, the taste of a humble bowl of soup. Collect gentle balms like the blossoms of flowers, the sound of a stream, the swoop of a bird’s flight, the sunlight dancing through trees. Hold all of these in your heart for the times when you need the reminder that life is worth the challenges we face.

And, in those times when the smothering fog of despair dampens the kindle of hope, then we must sing out love in the midst of the darkness. If the shape of our love begins in sorrow, so be it, let it flow out, and reach deeper. Beneath the sadness is usually something extraordinary: a powerful love for each other and this earth. Sometimes, the song of our love comes out in quiet presence, and simple hum of existence, a reassurance that we are here and alive in one another. Other times, our love sings in a fierce determination, a resurrection song that refuses to give up. Sing out your love in whatever its shape, so that others may hear and lift up their voices with yours. Dare to love this world and each other in all of our uncertainty, all of our brokenness, all of our humanness. Where love stands, despair retreats. In that space, we find the strength to move forward.

We can also raise up the vision of the world we seek, even when despair howls that it will never come to be. We must lift up that vision, blazing, in the dark night. We must dare to believe in the world that we envision, to speak of it, share it with others, and remind one another of its beauty. This takes courage, but it is courage well spent, for a single torch of vision can illuminate the ground beneath our feet. And when you touch the flame of your vision to the extinguished torch of a friend, and she to her neighbor, and he to his companion, and so on – until we are all standing as a thousand, ten thousand, one million points of light – then the entire slope of the mountain gleams. The path emerges beneath us. Despair is flung back. We rise and move forward, up to the mountaintop. And the dawn of change greets us, brighter than a billion torches of hope, rising over the very world we dared to dream of when the night seemed too dark, and the slope seemed too steep, and despair weighed on us too heavy to bear.

So, do this work, my friends. Fortify your hearts. Build up your ability to thwart despair. See it as yet another assault from the forces of destruction, and refuse to surrender so easily to them. Train in these practices. Apply them as despair creeps closer. Teach them to others. Together, we will light up the mountainside and climb onward to the world we envision.

Chris Hedges: We Desperately Need the Clarion Call of the Radical Poet to Give Words to our Despair

Chris Hedges: The Power of Writing as Resistance + Q&A

5 thoughts on “We Must Keep Despair At Bay In The Siege Waged By The Forces Of Destruction And Greed!”