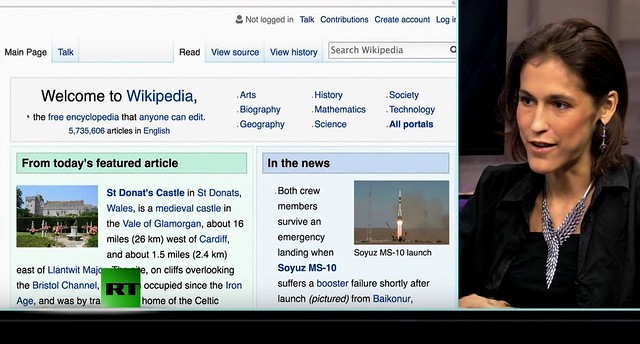 On the latest episode of On Contact, investigative journalist Helen Buyniski exposes Jimmy Wales’ egalitarian Wikipedia as yet another tool of the ruling elite.

Watch the video on RT.com.

Hold The Front Page. The Reporters Are Missing. by John Pilger + Julian Assange on the Future of Cyber Security

5 thoughts on “Chris Hedges: Wikipedia: A Tool Of The Ruling Elite”