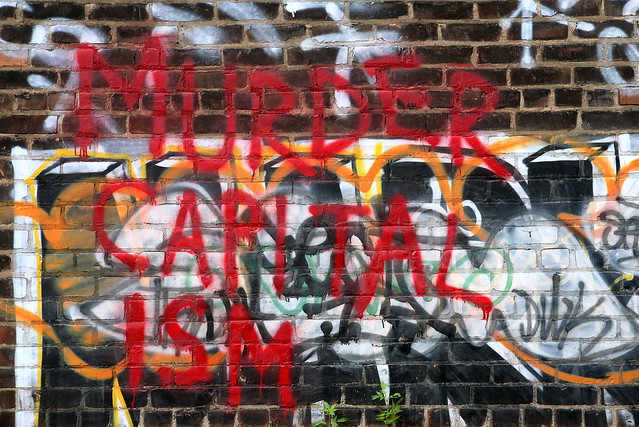 With crappy apologies to Samuel Beckett

It was just a question of time before the crap spilled over the edge.

But that wasn’t the beginning of all this crap. Back then, way back, crap was valuable.

I know it’s hard to believe but there was a time when crap was in short supply! Not any more. No need to worry about running out of crap. Trust me.

The basement was the first to fill up of course but who looks in the basement; out-of-sight, out-of-mind.

Then it filled the ground floor, crapped up the stairs (sorry about that) to the second floor. “Here it comes”, I cried but nobody took any notice.

And there’s no stopping it, I can hear it gurgling and slurping, crapping against the walls, slipping over the treads, plop-plop, craps rise inexorable. “Is there no end to all this crap?” I cried.

Finally, in a a desperate attempt to halt the rise, you start adding floors and at an ever-increasing rate to keep ahead of the crap but the crap keeps creeping up, you simply can’t add floors fast enough to keep up with the ever rising crapitisation.

Eventually you give up adding floors, the foundations won’t support the weight of all that crap and all those floors.

Now we sink, the building that is, with us in it. You have to understand, the building is big, very big. That’s a lot of crap as well as a lot of building. And of course, a lot of people who are now up to their necks in crap.

“Cut the crap!” I cried but there was so much crap and simply no place to put all that crap. The world was totally crapitised. We had finally crapped out.

We floated in a sea of crap. Or perhaps it was a crappy sea, who could tell? And in any case, few people could tell you the difference. In fact there was no difference, there was nothing but crap whichever way you looked. All was crap and crap was all.

And then there was the question of how it was possible to produce so much crap? In fact a staggering amount of crap, but of course I already knew it was a pointless question to ask, the world was full of crap and that’s all that mattered really, they weren’t at all interested in the how and why of its production. And they did have a point. If crap is all and all is crap, that is the point so why bother to ask such a crappy question?

And then there’s the question of why so much crap? Do we need so much crap? Did anyone think about the implications of crap production? Obviously not! And in any case it clearly made no difference else why all the crap?

So this was how the world ended, at least for us. But there are some people who actually like living in and with, crap. They spend their lives making crap and if you were to ask them how all this crap came to be, they would tell you that, “there is no alternative, we have no choice but to make crap and live with it. Without crap we are lost! There is no purpose to life without crap!”

If I then asked them what the crap was for? What, exactly do you do with crap, they would look at me with amazement and no small degree of condescension and tell me that, “it’s crap for crap’s sake, and that’s why the world is full of crap, what else is there but crap? There is no alternative to crap! Isn’t that obvious?”

Upon hearing this I was bemused. I scratched my (crappy) head and wondered how we got to this crappy finale? What possessed us? Was it some kind of obsession with crap (well obviously)? Did they really believe that there was no alternative to crap? Perhaps it was some kind of crap fetish or an addiction of some kind like heroin that drove them to consume nothing but crap.

But then again, it’s a crap system, run by crappy people who have crap for brains and crap for breakfast. As they say, crap rules, okay!

But isn’t it time we pulled the plug on all this crap?

Something Seems To Be Missing by Shawn S. Grandstaff