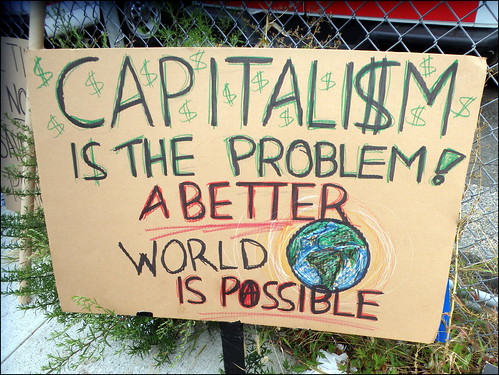 The Essays of The Man From the North by Rivera Sun
Writer, Dandelion Salad
November 25, 2018

Greed is an addiction. Like lab rats choosing pain to get doses of opium, the greed that underlies our way of life is killing us – and make no mistake: our way of life must die. Pathological consumption is no more acceptable in human beings than in locusts. It will die or we will die. The question is only: will we go down with the sinking ship of our culture or will we evolve again, past the folly of homo sapiens’ dubious wisdom into a species willing to live in balance with our one and only planet?

Humanity existed for 40,000 years before conquest, domination, and exploitation of people and planet became hallmarks of our species. In six short millenniums, we have reached the brink of annihilation from this behavior. The crossroads have split between our relatively short-lived modern consumer-based society and the planet that birthed our species and sustains every aspect of our existence. The choice is non-negotiable. We can die or we can change our ways.

The pillaging of the Earth must end. The fantasy of endless growth on a finite planet must be cast aside as the pornography of capitalists and conquest-driven pirates. We must evolve beyond the “plunder monkeys” stage of our species (to borrow a term from author Stephen King). We must seek new meaning and purpose in living in balance with the Earth. We must uproot the destructive parasite of greed from our hearts, lives, culture, economy, and political system. If you are looking for a revolution, here lies ours.

The road of capitalist-consumer culture leads toward death, destruction, misery, and extinction, but a glance down the road less traveled (at least in recent history), shows our choices are not only between gloom and doom. The choice is not between the glitz of techno-contemporary civilizations and the Stone Age. It is a choice between the greed-based addictions that are killing us and the possibility of a world at peace, rooted in respect, community, and sustainability.

A time for healing has come. Mother Earth invites us to return to the round table of all the species. She opens her arms to her prodigal child after six thousand years of horrific, conquest-driven human history. Put down your sword, she coaxes, and your bombs and drones and nukes. Humanity is shell-shocked, broken-hearted, scarred, scared, and yes, still sacred. Take off the armor of domination, exploitation, and oppression. Beneath it all, you are still beautiful, still worthy, still part of this magnificent and fragile planet circling the sun.

A time has come for healing the deep wounds left festering from the cruelties of thousands of years, for restoring the Earth and renewing our species, for righting wrongs, and ending injustices. Humanity is being called home to reconnect with our fellow species; to know the other inhabitants of this world; to taste the terroir of the land that gives us life; to align our way of being with the natural systems.

It is hard to see this through the haze of our painful past and traumatic present. It is difficult to remember a world beyond exploitation when greed is the steel girders of the architecture of our existence. It is challenging to believe that this other world is possible, that it’s more than a fairy tale. Our hands are still gripped around our sword hilts, our eyes still seeing enemies everywhere, our heart still thundering in the war-chants of conquest, kill or be killed, winner takes all.

But this vision of hope and restoration, healing and transformation is real. It’s not just waiting for you, it’s racing toward you, reaching out its hand. You can see it in solar panels and windmills. You can find it in restorative and community justice. You can feel it in trauma healing work. You can taste it in local, organic food. You can see it in wetlands restoration. You can sense it in nonviolent movements for justice and change. This world is coming as swiftly as the old world is dying.

The question is: which one will you call home?

The Sequel: life after economic growth by Shaun Chamberlin

Marxism, Capitalism and The Environment by Deirdre Griswold