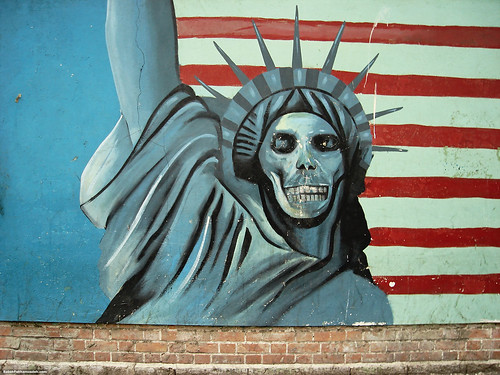 Bill died Sunday, December 9, 2018. My sincere condolences and deepest sympathies to all his family, friends and readers. He will be missed by many. In his memory, here is his last video panel discussion. — Lo

In the decades long tradition of award-winning investigative journalism by writers for CovertAction Quarterly, this panel will address the secretive and nefarious activities of the U.S. government in their efforts to destabilize democratic processes, both past and present. It is now ever more critical to expose such ongoing efforts: efforts that further U.S. geopolitical regional and global control while creating favorable investment climates for U.S. multinational corporations. While their goals are invariably masked in the name of “democracy and freedom,” their efforts invariably strive to exploit cheap labor and natural resources.

Topics will include: American exceptionalism, ending torture, closing Guantanamo, opposing the appointment of Haspel as CIA Director given her roles in black sites and her destruction of the CIA torture videotapes, ongoing scrutiny of the National Endowment for Democracy’s (NED) programs globally, …and much more.

“The most basic of these basic beliefs, I think, is a deeply-held conviction that no matter what the US does abroad, no matter how bad it may look, no matter what horror may result, the government of the United States means well.

“This basic belief in America’s good intentions is often linked to “American exceptionalism”. Let’s look at just how exceptional America has been. Since the end of World War 2, the United States has:

“This is indeed exceptional. No other country in all of history comes anywhere close to such a record. But it certainly makes it very difficult to believe that America means well.”

William Blum was the author of: America’s Deadliest Export – Democracy: The Truth About US Foreign Policy and Everything Else; Killing Hope: US Military and CIA Interventions Since World War 2; Rogue State: A Guide to the World’s Only Superpower; West-Bloc Dissident: A Cold War Memoir; and Freeing the World to Death: Essays on the American Empire. Portions of the books can be read, and purchased, at www.killinghope.org.

Left Forum 2018: CovertAction: Persistent U.S. Attacks Against “Democracy and Freedom,” Past and Present

William Blum: Be Nice To America. Or We’ll Bring Democracy To Your Country!

Chris Hedges and John Kiriakou: The CIA Torture Program Was One of the Best Recruiting Tools for Al Qaeda

9 thoughts on “In Memory of William Blum: Persistent U.S. Attacks Against “Democracy and Freedom,” Past and Present”