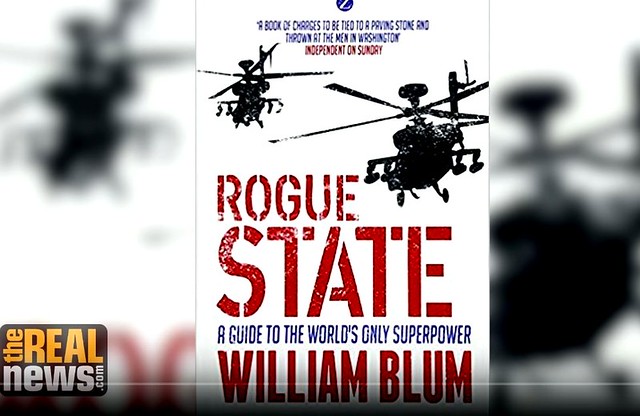 Bill died Sunday, December 9, 2018. My sincere condolences and deepest sympathies to all his family, friends and readers. He will be missed by many. — Lo

Academy Award-winning filmmaker Oliver Stone speaks about the life and legacy of dissident journalist and historian William Blum, who documented US war crimes and CIA interventions across the planet.

William Blum was the author of: America’s Deadliest Export – Democracy: The Truth About US Foreign Policy and Everything Else; Killing Hope: US Military and CIA Interventions Since World War 2; Rogue State: A Guide to the World’s Only Superpower; West-Bloc Dissident: A Cold War Memoir; and Freeing the World to Death: Essays on the American Empire. Portions of the books can be read, and purchased, at www.killinghope.org.

In Memory of William Blum: Persistent U.S. Attacks Against “Democracy and Freedom,” Past and Present

William Blum: Be Nice To America. Or We’ll Bring Democracy To Your Country!

William Blum: Socialism is the Main Enemy of American Corporations