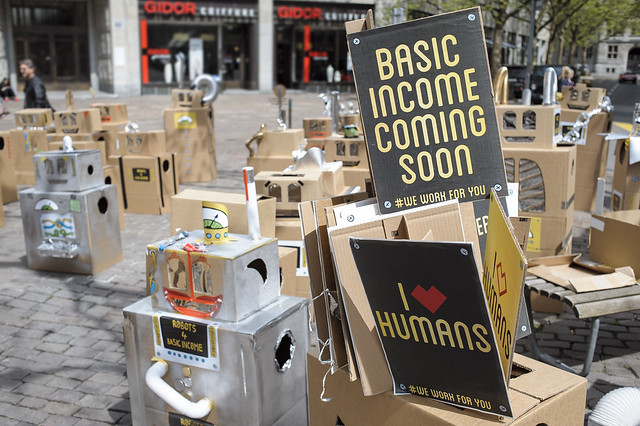 Calls for a Universal Basic Income have been increasing, most recently as part of the Green New Deal introduced by Rep. Alexandria Ocasio-Cortez (D-NY) and supported in the last month by at least 40 members of Congress. A Universal Basic Income (UBI) is a monthly payment to all adults with no strings attached, similar to Social Security. Critics say the Green New Deal asks too much of the rich and upper-middle-class taxpayers who will have to pay for it, but taxing the rich is not what the resolution proposes. It says funding would primarily come from the federal government, “using a combination of the Federal Reserve, a new public bank or system of regional and specialized public banks,” and other vehicles.