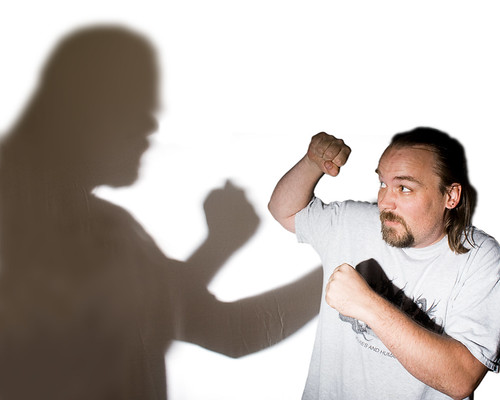 The Essays of The Man From the North by Rivera Sun
Writer, Dandelion Salad
February 4, 2019

Discussing politics in the United States is becoming a continuous boxing match with shadows of half-truths, distortions, misperceptions and wildly differing information streams. People meet in the street like aliens arriving from strange worlds that bear no resemblance to one another. Then they proceed to fight each other over whether the planets circle moons … or whether suns circle planets. It does not matter that they are discussing astronomical apples and oranges. Tensions escalate over who is right or wrong. Someone throws a punch. The fight is on.

When they lie bloody and unconscious in the street, a small child wonders aloud, “What if moons circle planets and planets circle suns?”

And, the people who have been placing bets on the fight scoff at such nonsense.

Each side feels rock solid in their positions. The ground of their reality feels firm under their feet. When they meet, they argue, mock, and attack each other. Each side vilifies and assaults the other for their views.

Throughout human history, we’ve had warnings about this particular brand of human folly. Einstein came along and explained relativity. Gautama Buddha delivered a number of sutras on multiple viewpoints and the problem of delusions. Picasso painted himself into a frenzy of frustration trying to get the multiple viewpoint across.

Meanwhile, somewhere inside each of us is that small child, wondering, what is the truth in all these conflicting views? Are we shadowboxing delusions instead of trying to find clarity together? And what, exactly, is all our fighting proving? It’s not proving our point. It’s not proving us right. It’s just proving that we’re willing to hurt and attack each other.

The first delusion we should all stop in its tracks is the belief that violence proves us right. It doesn’t. It proves that we’re willing to hurt someone else.

The next set of delusions, we will have to work on together. As Rumi said, “there is a field beyond ideas of right-doing and wrong-doing. I’ll meet you there.” We can sit down in the grass of our grudging willingness to try to work this out and discuss the world as we see it. We must speak our truth and be willing to listen deeply. We must try to understand why our fellow human being thinks the Earth is circling the moon or that the sun is circling the Earth.

We don’t have to agree. Copernicus and Galileo discovered one sort of truth when they demonstrated that the Earth circled the sun, not the other way around. It was a world – and worldview – changing discovery. It was challenging and frightening to the people around them. Einstein and the Buddha touched upon another kind of truth: relativity and the multiplicity of perspectives. Inside the human heart and mind are universes of perspectives as vast as the galaxies. In this space, infinite “truths” exist, each as real as the next to the holder of that perspective. The final frontier is not outer space, but the realms of navigating our disparate truths, exploring, challenging, examining and changing the way we see the world.

This is the work of a functional democracy comprised of people who are committed to self-governance of their communities, selves, and nation. We will disagree. We will see things differently. As citizens and human beings, we have to find ways to resolve, address, and investigate these differences without violence. Our views may be equally delusional. We may both be shadowboxing our unfounded fears of one another. We may not see the real dangers in the views we cling to. Our work is to do each other the favor of sorting out shadows from facts, together.

While we could single out the media for distorting, not reporting, the problem is far vaster. There may always be people who willingly distort truth, create monsters, blow issues out of proportion, conceal dangers for personal greed, fear-monger, and gloss over objectionable behaviors and policies. Therefore, even as we strive to hold journalists accountable, we must also dig deeply into the ground where their distortions take roots and rear their ugly heads. We must look at ourselves, our hearts and our minds, and learn to examine what we’re being told, together.

Somewhere, there’s a field beyond right and wrong. In that place, our common ground is circling the sun while the moon sets on the horizon. We are spinning around our axis in the long arc of revolution, a planet tilting swiftly toward change.

Author/Actress Rivera Sun syndicated by PeaceVoice, is the author of The Dandelion Insurrection and the sequel, The Roots of Resistance, Rise and Resist – Essays on Love, Courage, Politics and Resistance, and other books, including a study guide to making change with nonviolent action. Website: http://www.riverasun.com

Chris Hedges: The Illusion of Democracy

One thought on “Shadowboxing Delusions”